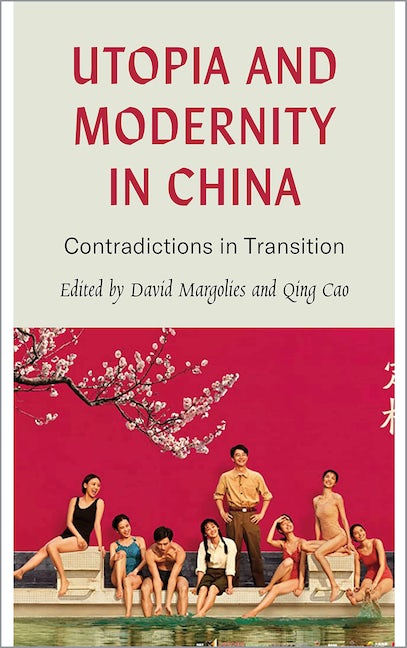 Utopia and Modernity in China

Exploring the conflict between China's rapid modernisation and the west, as well as its own traditional values

The contradictions of modernisation run through the whole of modern Chinese history. The abundance of manufactured goods being sold in the west attests to China’s industrial revolution, but this capitalist vision of 'utopia' sits uneasily with traditional Chinese values. It is also in conflict with the socialism that has been the bedrock of Chinese society since the foundation of the People’s Republic in 1949.

Utopia and Modernity in China examines the conflicts inherent in China's attempt to achieve a 'utopia' by advancing production and technology. Through the lenses of literature, arts, law, the press and the environment, the contributors interrogate the contradictions of modernisation in Chinese society and its fundamental challenges.

By unpicking both China's vision of utopia and its realities and the increasing tension between traditional Chinese values and those of the west, this book offers a unique insight into the cultural forces that are part of reshaping today’s China.

David Margolies is Emeritus Professor of English at Goldsmiths, University of London. He is the author of Shakespeare's Irrational Endings: The Problem Plays, and edited Culture as Politics: Selected Writings of Christopher Caudwell.

Qing Cao is Associate Professor in the School of Modern Languages and Cultures at the University of Durham. He is the author of China under Western Gaze, and co-editor of Discourse, Politics and Media in Contemporary China and Brand China in the Media.

'For a China mired in the past, even by language, to imagine a utopia of a modern future took major reinventions of thought, expression and outlook. This extremely difficult process, unappreciated in the West but probably unparalleled in modern history, is superbly charted in this important collection'

'The debate about China's destination has been raging for nearly 200 years. This book makes a valuable contribution to our understanding of the diverse possibilities in the evolution of China's identity'

'The current Cold War climate that sees China as a threat, and little else, makes it all the more important to understand China on its own terms. The book’s avoids simplistic accounts and presents important insights into Chinese visions of itself'