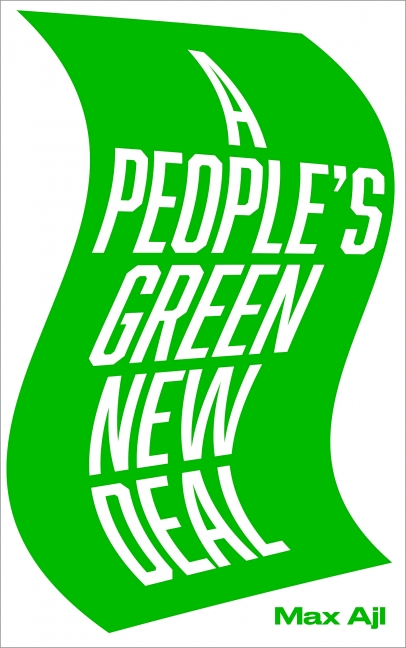 The idea of a Green New Deal was launched into popular consciousness by US Congressperson Alexandria Ocasio-Cortez in 2018. It has become a watchword in the current era of global climate crisis. But what - and for whom - is the Green New Deal?

In this concise and urgent book, Max Ajl provides an overview of the various mainstream Green New Deals. Critically engaging with their proponents, ideological underpinnings and limitations, he goes on to sketch out a radical alternative: a 'People's Green New Deal' committed to decommodification, working-class power, anti-imperialism and agro-ecology.

Ajl diagnoses the roots of the current socio-ecological crisis as emerging from a world-system dominated by the logics of capitalism and imperialism. Resolving this crisis, he argues, requires nothing less than an infrastructural and agricultural transformation in the Global North, and the industrial convergence between North and South. As the climate crisis deepens and the literature on the subject grows, A People's Green New Deal contributes a distinctive perspective to the debate.

Max Ajl is an associated researcher with the Tunisian Observatory for Food Sovereignty and the Environment and a postdoctoral fellow with the Rural Sociology Group at Wageningen University. He has written for Monthly Review, Jacobin and Viewpoint. He has contributed to a number of journals, including the Journal of Peasant Studies, Review of African Political Economy and Globalizations, and is an associate editor at Agrarian South & Journal of Labor and Society.

'Hands-down the best book yet on the Green New Deal. Courageous, bold, refreshing - Ajl pushes the horizons of progressive thought and envisions an ecosocialist transition that is rooted in principles of global justice'

- Jason Hickel, author of 'Less is More: How Degrowth Will Save the World'

'An amazing text, truly inspirational. There are few books in which nearly every sentence is urgent and quotable, but this is one. Lucid and profound, it assembles the elements that are necessary for an actual political program of survival and renewal'

'You cannot purchase your way out of climate change the same way you cannot pick a 'Green New Deal' brand that suits your personal preferences. Anti-imperialism and anti-capitalism are not by-gone projects, they're very much alive in the Global South. Left climate movements in the North would be better served by following their example as well as reading this critical work'

- Nick Estes, author of 'Our History Is the Future: Standing Rock versus the Dakota Access Pipeline, and the Long Tradition of Indigenous Resistance' (Verso, 2019)

‘Ajl guides us with an authority steeped in scholarship but also with panache. If you really want to learn what'll be necessary for our species to survive climate apocalypse, read this book. You'll then know the ways by which humanity's very fate can be won’

'Anyone wanting to understand the limitations of the Green New Deal, and how it is being employed as a tool to rationalize Green Capitalism, and sanitize its advance within the capitalist system must read this critical work'

"In this urgent book, Max Ajl poses the question “What would visions for sustainability in Global North look like if they were anti-imperial, reparative, socialist and agroecological?” The answer, he argues, looks radically different from – and more liberating than - the Green New Deals on the table today"

- Raj Patel, co-author of 'A History of the World in Seven Cheap Things: A Guide to Capitalism, Nature, and the Future of the Planet' (Verso, 2020)

'An exceedingly important and powerful book, a uniquely comprehensive report about climate change, its politics and injustices'