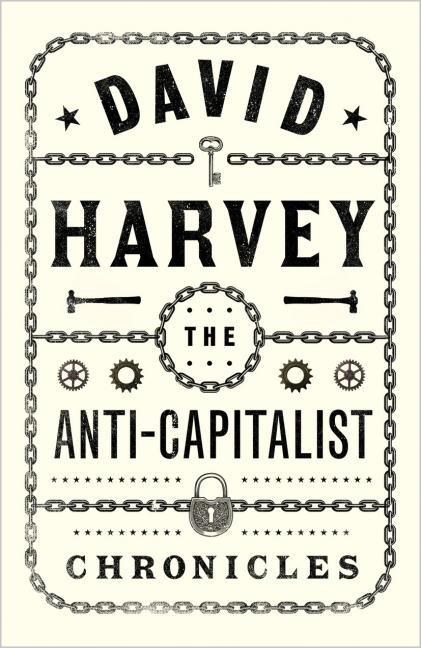 Amidst waves of economic crises, class struggle and neo-fascist reaction, few possess the clarity and foresight of world-renowned theorist, David Harvey. Since the publication of his bestselling A Brief History of Neoliberalism, Harvey has been tracking the evolution of the capitalist system as well as tides of radical opposition rising against it. In The Anti-Capitalist Chronicles, Harvey introduces new ways of understanding the crisis of global capitalism and the struggles for a better world.

While accounting for violence and disaster, Harvey also chronicles hope and possibility. By way of conversations about neoliberalism, capitalism, globalisation, the environment, technology and social movements, he outlines, with characteristic brilliance, how socialist alternatives are being imagined under very difficult circumstances.

Preface - Jordan T. Camp
Editors' Note - Jordan T. Camp and Chris Caruso
Author's Note - David Harvey
Acknowledgements
1. Global Unrest
2. A Brief History of Neoliberalism
3. Contradictions of Neoliberalism
4. The Financialization of Power
5. The Authoritarian Turn
6. Socialism and Freedom
7. The Significance of China in the World Economy
8. The Geopolitics of Capitalism
9. The Growth Syndrome
10. The Erosion of Consumer Choices
11. Primitive or Original Accumulation
12. Accumulation by Dispossession
13. Production and Realization
14. Carbon Dioxide Emissions and Climate Change
15. Rate versus Mass of Surplus Value
16. Alienation
17. Alienation at Work: The Politics of a Plant Closure
18. Anti-Capitalist Politics in the Time of COVID-19
19. The Collective Response to a Collective Dilemma
Discussion Questions and Further Readings
Index