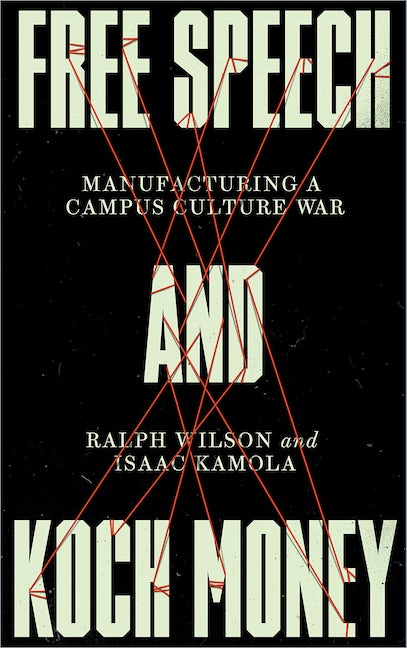 by Ralph Wilson and Isaac Kamola

The demand for free speech on campus is a distraction, we need to follow the money

In recent years hundreds of high-profile ‘free speech’ incidents have rocked US college campuses. Jordan Peterson, Ben Shapiro, Ann Coulter and other right-wing speakers have faced considerable protest, with many being disinvited from speaking. These incidents are widely circulated as examples of the academy’s intolerance towards conservative views.

But this response is not the spontaneous outrage of the liberal colleges. There is a darker element manufacturing the crisis, funded by political operatives, and designed to achieve specific political outcomes. If you follow the money, at the heart of the issue lies the infamous and ultra-libertarian Koch donor network.

Grooming extremist celebrities, funding media platforms that promote these controversies, developing legal organizations to sue universities and corrupting legislators, the influence of the Koch network runs deep. We need to abandon the ‘campus free speech’ narrative and instead follow the money if we ever want to root out this dangerous network from our universities.

Isaac Kamola is Associate Professor of Political Science at Trinity College, Hartford, CT, and President of his college’s chapter of the American Association of University Professors (AAUP). He has written on dark money in higher education in the Journal of Academic Freedom.

‘This deeply researched and urgent book reads like a detective mystery. A riveting self-defence manual for all who fear for the future of our country and our planet'

- Nancy MacLean, author of ‘Democracy in Chains: The Deep History of the Radical Right’s Stealth Plan for America’

‘Universities regularly conduct important discussions of free speech.  And then there is the largely imaginary ‘campus free speech crisis’. This book is a detailed and valuable guide to the shadowy right-wing financial networks irresponsibly stoking the latter to the growing detriment of the former’