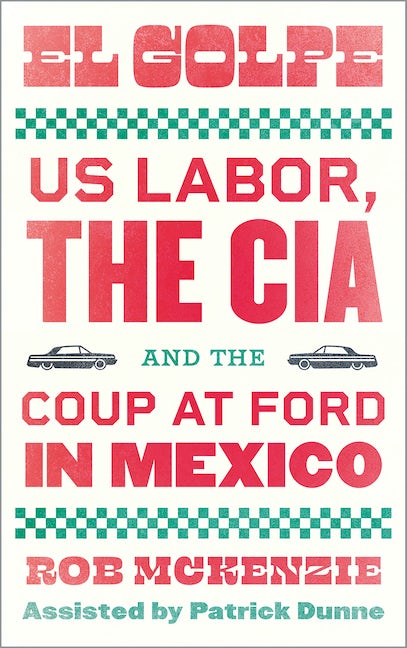 'Early in my research, a friend with excellent knowledge of the United Auto Workers internal operations told me, "Don't give up. They are hiding something"…'

It’s 1990, and US labour is being outsourced to Mexico. Rumours of a violent confrontation at the Mexican Ford Assembly plant on January 8 reach the United Auto Workers (UAW) union in the US: nine employees had been shot by a group of drunken thugs and gangsters, in an act of political repression which changed the course of Mexican and US workers’ rights forever.

Rob McKenzie was working at the Ford Twin Cities Assembly plant in Minnesota when he heard of the attack. He didn’t believe the official story, and began a years-long investigation to uncover the truth. His findings took him further than he expected – all the way to the doors of the CIA.

Virtually unknown outside of Mexico, the full story of ‘El Golpe’, or ‘The Coup’, is a dark tale of political intrigue that still resonates today.

Rob McKenzie worked at the Twin City Ford Assembly Plant in St. Paul, Minnesota as an assembler, electrician and full-time union representative. In 1998 he became President of his United Auto Workers branch, and later was elected to the Minnesota State AFL-CIO Executive Board.

Patrick Dunne is a graduate in History from the University of Cambridge, with a dissertation on ‘The AFL-CIO and the Coup against Allende’.

'An impressive piece of sleuthing. Mckenzie's dogged search for answers shines a spotlight on AIFLD with its CIA links.'

'An in-depth study of the rot existing within the foreign policy leadership of the AFL-CIO. Expunging this rot is essential to the revitalization of the US labor movement'