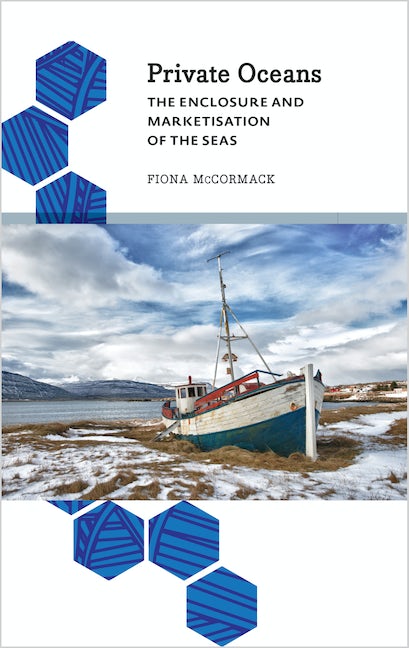 The Enclosure and Marketisation of the Seas

An anthropological study of the privatisation and political economy of modern fishing
As the era of thriving, small-scale fishing communities continues to wane across waters that once teamed with (a way of) life, Fiona McCormack opens a window into contemporary fisheries quota systems, laying bare how neoliberalism has entangled itself in our approach to environmental management.

Grounded in fieldwork in New Zealand, Iceland, Ireland and Hawaii, McCormack offers up a comparative analysis of the mechanisms driving the transformations unleashed by a new era of ocean grabbing. Exploring the processes of privatisation in ecosystem services, Private Oceans traces how value has been repositioned in the market, away from productive activities. The result? The demise of the small-scale sector, the collapse of fishing communities, cultural loss, and the emergence of a newly propertied class of producers - the armchair fisherman.

Ultimately, Private Oceans demonstrates that the deviations from the capitalist norm explored in this book offer grounds for the reimagining of both fisheries economies and broader environmental systems.

Fiona McCormack is Senior Lecturer and Convenor of Anthropology at the University of Waikato, New Zealand. She is author of Private Oceans (Pluto, 2017), co-editor of Engaging with Capitalism (Emerald Group Publishing, 2013) and a contributor to Anthropologies of Value (Pluto, 2016).