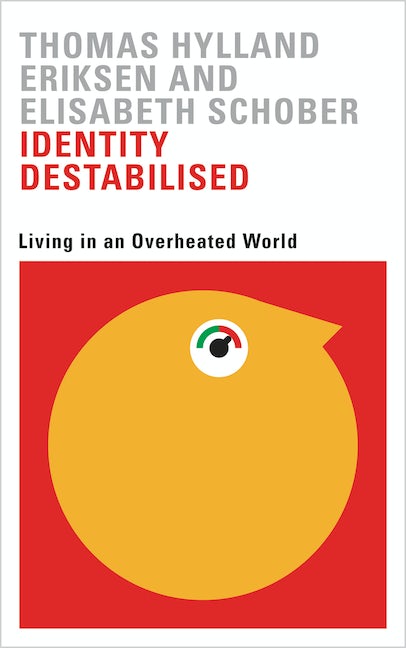 Living in an Overheated World

An international collection of ethnographic essays exploring the anthropology of the Anthropocene
The world is overheated: Too full and too fast; out of sync, contradiction-ridden and unequal. It is the age of the Anthropocene, of humanity’s indelible mark upon the planet. In short, it is globalisation - but not as we know it.

This collection explores social identities in today’s ‘overheated’ world, seen from an anthropological perspective. The focus is on contradictions, tensions and paradoxes: How can an identity be stable if its border is constantly shifting? How can a community survive if it is incorporated into a huge entity? How does belonging work in new cities? And what can indigenous peoples do to retain a sense of self in a fast-moving neoliberal world?

Ethnographically rich and diverse in its scope, Identity Destabilised contains chapters from many parts of the world, including the Philippines, Israel, Australia, the Cape Verde Islands and Afghanistan. The authors investigate how identity changes in response to contemporary forces, from rapid industrialisation, the enforced return of migrants and the silencing of indigenous groups to sudden population growth in boomtowns and the touristification of local culture.

'This provocative and ethnographically diverse volume illuminates the complexities that shape attempts to reconcile social belonging and self-consciousness in today's world' - Noel Dyck, Professor of Social Anthropology, Simon Fraser University 'Accelerated change may be a general characteristic of human life today, but the diverse and multi-facetted studies in this volume nevertheless document a significant variety of perceptions, reflections and agency in response to this volatile situation' - Karen Fog Olwig, Professor of Anthropology at the University of Copenhagen, co-editor of Climate Change and Human Mobility: Challenges to the Social Sciences (Cambridge University Press, 2012) 'A powerful book ... already a benchmark classic of its discipline' - Manchester Review of Books
List of Figures and Tables
Preface
1. Introduction: The Art of Belonging in an Overheated World - Thomas Hylland Eriksen and Elisabeth Schober
2. Down With Identity! Long Live Humanity! - Jeremy MacClancy
3. Frozen Cosmopolitanism: Coping with Radical Deceleration in Cape Verdean Contexts of Forced Return Migration - Heike Drotbohm
4. ‘We Are All Strangers Here’: Transforming Land and Making Identity in a Desert Boomtown - Astrid B. Stensrud
5. Identifying with Accelerated Change: Modernity Embodied in Gladstone, Queensland - Thomas Hylland Eriksen
6. Guarding the Frontier: On Nationalism and Nostalgia in an Israeli Border Town - Cathrine Thorleifsson
7. Cultural Wounding and Healing: Change as Ongoing Cultural Production in a Remote Indigenous Australian Community - Amanda Kearney
8. Indigenous Endurance amidst Accelerated Change? The U.S. Military, South Korean Investors and the Aeta of Subic Bay, the Philippines - Elisabeth Schober
9. The Politics of Localness: Claiming Gains in Rural Sierra Leone - Robert J. Pijpers
10. Too Many Khans?: Old and New Elites in Afghanistan - Torunn Wimpelmann
11. Do Homosexuals Wear Moustaches? Controversies around the First Montenegrin Pride Parade - Branko Banovic
12. 'We're Far Too Far Down This Road Now to Worry about Morals': The Destabilising of Football Fans' Identities in an Overheated World - Keir Martin
13. Frozen Moments: Visualising the Polity in Times of Overheating - Iver B. Neumann
14. Eurovision Identities: Or, How Many Collective Identities Can One Anthropologist Possess? - Chris Hann
Notes on Contributors
Index
Published by Pluto Press in Oct 2016
Paperback ISBN: 9780745399126
Hardcover ISBN: 9780745399133
eBook ISBN: 9781786800053

Fredrik Barth is one of the towering figures of twentieth-century anthropology, we ask his biographer, Thomas Hylland Eriksen, to expand on Barth’s life and ideas and what propelled him to choose his subject.

Overheating and the Coming Age of the Anthropocene

The world is overheated. Too full and too fast; uneven and unequal. Thomas Hylland Eriksen discusses the age of the Anthropocene: of humanity’s indelible mark upon the planet.

Looking at elitism in Afghanistan, locality, footballs fans and nationalism and nostalgia in an Israeli border towns, this anthropological exercise asks how can an identity be stable if its borders are constantly shifting?

END_OF_DOCUMENT_TOKEN_TO_BE_REPLACED
Back to Top
X