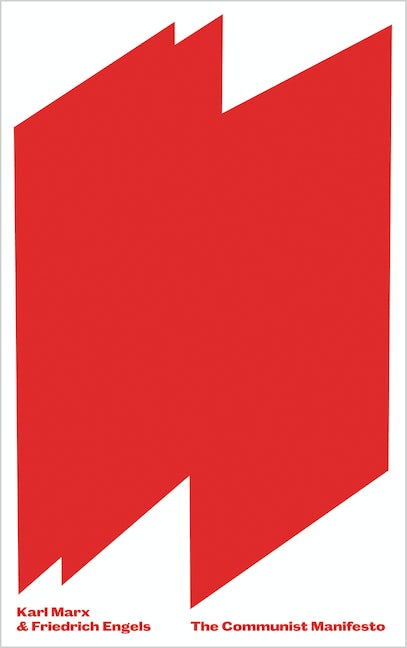 by Karl Marx and Friedrich Engels

A stunning edition of Marx and Engels' classic manifesto with an introduction by Jodi Dean and afterword by David Harvey.

*Winner of the New York Times Book Covers of the Year, 2017*

'Workers of the world, Unite!'

The Communist Manifesto is arguably the world's most influential political manuscript. Surviving through countless decades of revolution and counter-revolution, Marx and Engels' incendiary treatise remains as essential today as it was in 1848: providing a framework for the people's liberation as they struggle against systems of extreme oppression across the globe.

Urgent and alarmingly well-written, The Communist Manifesto resonates beyond the confines of history and political theory - issuing a call-to-arms in the fight to end crisis-ridden capitalism.

Karl Marx (1818-1883) was Prussian-born philosopher, economist, political theorist, sociologist, journalist, and revolutionary socialist. His collaborated with Friedrich Engels in writing The Communist Manifesto (1848). Expelled from Prussia in the same year, Marx took up residence first in Paris and then in London where, in 1867, he published his magnum opus Capital.

Friedrich Engels (1820-1895) moved to England in 1842 to work in his father's Manchester textile firm. After joining the fight against the counter revolution in Germany in 1848 he returned to Manchester and the family business. In subsequent years he provided financial support for Marx and edited the second and third volumes of Capital. He is the author of The Condition of the Working Class in England (1845), and co-author, with Karl Marx, of The Communist Manifesto (1848).

'As a force for change, its influence has been surpassed only by the Bible. As a piece of writing, it is a masterpiece'

The Communist Manifesto: An idea whose time has come again

Communism doesn’t work, we are told, but with economic inequality, planetary warming, mass extinctions and corporate autocracies, is Marx and Engels’ Communist Manifesto a handbook for now?

END_OF_DOCUMENT_TOKEN_TO_BE_REPLACED
Back to Top
X