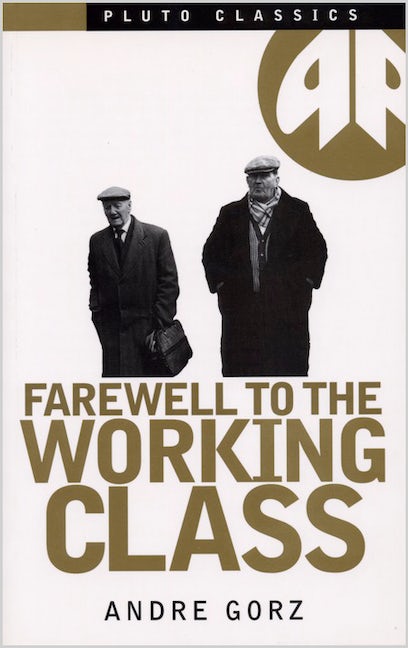 Farewell to the Working Class

An Essay on Post-Industrial Socialism

A classic study of labour and unemployment in the post-industrial world
Andre Gorz argues that changes in the role of the work and labour process in the closing decades of the twentieth century have, once and for all, weakened the power of skilled industrial workers.

Their place has been taken, says Gorz, by social movements such as the women’s movement and the green movement, and all those who refuse to accept the work ethic so fundamental to early capitalist societies. Provocative and heretical, Farewell to the Working Class is a classic study of labour and unemployment in the post-industrial world.

Andre Gorz was one of Europe's leading thinkers on politics. He is the author of several books including Ecology as Politics, Paths to Paradise and Farewell to the Working Class.

'Vintage Gorz – stimulating in its insight and rich in its documentation' - Guardian 'Gorz is one of the most important political thinkers of our time.' - Le Monde
Preface: Nine theses for a future left
Introduction
1. The working class according to saint Marx
2. The myth of collective appropriation
3. The proletariat as republica of capital
4. Workers' power
5. Personal Power and functional power
6. A new historical subject: the non-class of post-industrial proletarians
7. The post-industrial revolution
8. Towards a dual society
9. The sphere of necessity: the state
Postscript: Deductive growth and productive shrinking
Appendix 1: Towards a policy of time
Appendix 2: Utopia for a possible dual society
Published by Pluto Press in Mar 1994
Paperback ISBN: 9780861043644