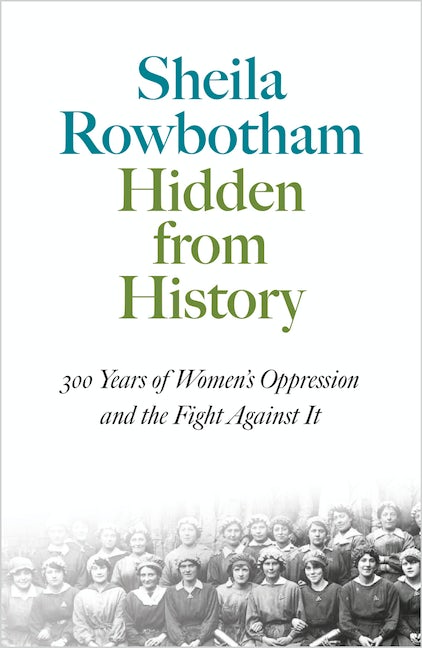 300 Years of Women's Oppression and the Fight Against It

She explores the different effects that changes in the process of production have on middle-class and working-class women; why birth control and the organisation of working women have been perceived as threatening to traditional male control of the family; how paid work and work in the home are intricately related and determine the social valuation of women – and why these and many other issues have continued to arise in different form throughout modern history.

'Groundbreaking ... One of the first books to make women's history available to a wide audience.' - Guardian 'I admire Sheila Rowbotham's directness. Women should be grateful for a book of this kind, which fills our inadequate record of the past' - New Statesman 'An important and valuable achievement.' - New York Times
Acknowledgements
Preface
1. Work, the family and the development of early capitalism
2. Puritans and prophetesses
3. The restoration
4. The new radicalism of the eighteenth century
5. The agricultural and industrial revolution
6. New means of resisting
7. Birth control and early nineteenth century radicalism
8. Feminism in the radical and early socialist movement
9. Middle-class women begin to organise
10. Feminism and rescue work
11. The position of working-class women in the nineteenth century
12. Women and trade unions
13. Socialism, the family and sexuality
14. The struggle for birth control at the end of the nineteenth century
15. The vote
16. Some responses to feminism in the socialist movement before 1914
17. The war
18. Anti-feminism
19. Work, trade unions and the unemployed after World War 1
20. The family and sexual radicalism
21. Motherhood and the family
22. Birth control, abortion and sexual self-determination
23. Feminism and socialism after World War 1
Postscript
Bibliography
Index
Published by Pluto Press in Sep 1992
Paperback ISBN: 9780904383560