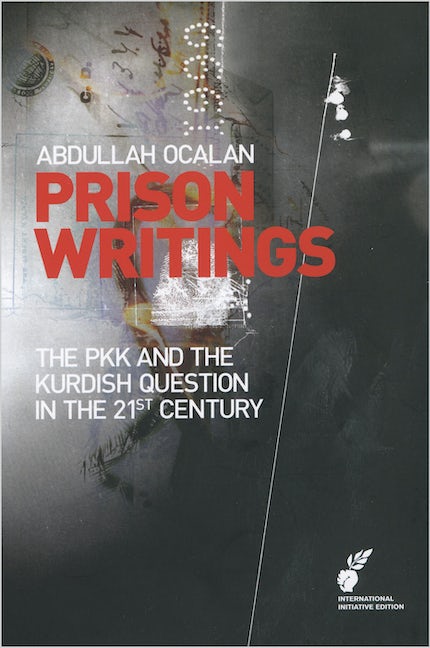 The PKK and the Kurdish Question in the 21st Century

Second volume of writings on the Kurds from Abdullah Öcalan, the leader of the Kurdish Workers Party (PKK).
In his second book, Abdullah Ocalan applies the political and historical philosophy that was developed in the first volume of his Prison Writings to the Kurdish question. The book addresses the concrete political issues at the centre of the Kurdish question. Ocalan calls for a 'Renaissance of the Middle East' where the integration of democratic Western values and universal human rights with the deeply rooted cultural values of the Middle Eastern societies, especially the Kurdish, will form a new synthesis of civilisations.

Abdullah Ocalan was the leader of the Kurdish Workers Party (PKK). He was eventually kidnapped while in Kenya in 1999, and has been in prison in Turkey ever since. Ocalan was the most wanted man in Turkey for almost two decades until his kidnapping. From 1984, under his leadership, the PKK fought for an independent Kurdish state in the southeast of Turkey. In a sustained popular uprising, tens of thousands of PKK guerrillas took on the second largest army in NATO. The book begins with Preliminary Notes by Cemil Bayik, military commander of the PKK.

Preliminary words by Cemil Bayik, military commander of the PKKPart One: The Kurds in the wider Middle Eastern context: Who we are and what we want Introduction1. Some basic terms 2. Shortcomings of the predominant approaches to the Kurdish issue3. The historical framework4. Ethnic, national and democratic movements of the Kurds5. Towards a solution of the Kurdish conflict Part 2: Fighting For a People under International SiegeIntroduction6. History as an Account of Conspiracy and Treason - Lessons to be learned7. Counter-Insurgency Warfare against the PKK8. In Fear of Freedom9. The Background of My Abduction From KenyaAppendixThe European Legal Institutions and the Solution to the Kurdish QuestionLast WordThe Editorial Team About Us:The International Initiative 'Freedom for Abdullah Ocalan – Peace in Kurdistan' About the authorAbstract of the book
Published by Transmedia Publishing in Mar 2011
Paperback ISBN: 9780956751409