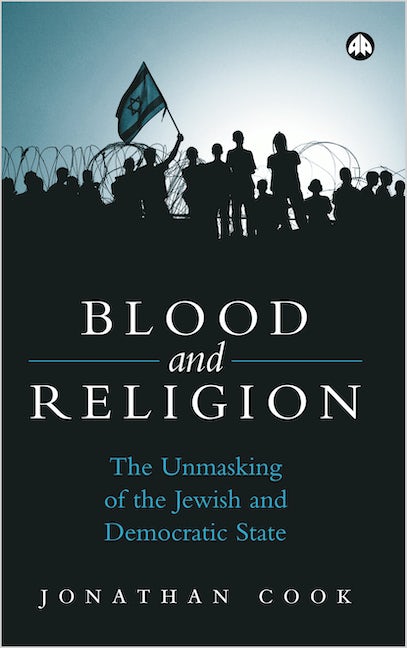 The Unmasking of the Jewish and Democratic State

What does Israel hope to achieve with its withdrawal from Gaza and the building of a wall around the West Bank?
This is an account of the Jewish state's motives behind building the West Bank wall, arguing that at the heart of the issue is demography. Israel fears the moment when the region’s Palestinians become a majority.

The book charts Israel’s increasingly desperate responses to its predicament including military repression of Palestinian dissent on both sides of the Green Line; accusations that Israel's Palestinian citizens and the Palestinian Authority are secretly conspiring to subvert the Jewish state from within; a ban on marriages between Israel’s Palestinian population and Palestinians living under occupation to prevent a right of return ‘through the back door’; the redrawing of the Green Line to create an expanded, fortress state where only Jewish blood and Jewish religion count.

Jonathan Cook is a former staff journalist for the Guardian and Observer newspapers. He is the author of Israel and the Clash of Civilisations (Pluto, 2008), A Doctor in Galilee (Pluto, 2006) and Blood and Religion: The Unmasking of the Jewish and Democratic State (Pluto, 2006). He has also written for The Times, Le Monde diplomatique, International Herald Tribune, Al-Ahram Weekly and Aljazeera.net. He is based in Nazareth.

'Timely and important … by far the most penetrating and comprehensive [book] on the subject to date' - Nur Masalha, Director of Holy Land Studies, St Mary’s College, University of Surrey, and author of The Politics of Denial (2003) 'An original and powerful book' - Ilan Pappe, Senior Lecturer in Political Science at Haifa University, and author of A Modern History of Palestine (2004) 'Very impressive … Some of his findings will astound even the knowledgeable reader' - Salim Tamari, Director of the Institute of Jerusalem Studies
Preface
Introduction: The Glass Wall
1. Israel’s Fifth Column
2. A False Reckoning
3. The Battle of Numbers
4. Redrawing the Green Line
5. Conclusion: Zionism and the Glass Wall
Appendix: ‘We’re like visitors in our own country’
Bibliography
Index
Published by Pluto Press in Apr 2006
Paperback ISBN: 9780745325552
eBook ISBN: 9781783715893