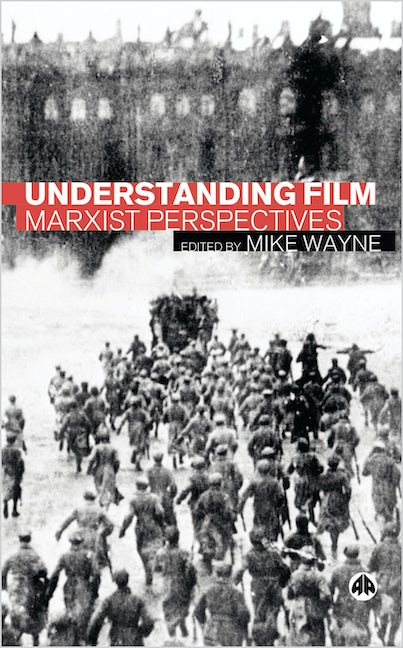 Ideal for students looking for a radical approach to film studies.
Film remains one of the most dominant cultural forms in the world today. Crossing classes and cultures, it permeates many aspects of our consciousness. In film, perhaps more than any other medium, we can read the politics of time and place, past and present.

The history of Marxism has intersected with film in many ways and this book is a timely reminder of the fruits of that intersection, in film theory and film practice. Marxist film theory returns to film studies some of the key concepts which make possible a truly radical, political understanding of the medium and its place both within capitalism and against it. This book shows how questions of ideology, technology and industry must be situated in relation to class - a category which academia is distinctly uncomfortable with.

Exploring the work of some of the key theorists who have influenced our understanding of film, such as Adorno, Althusser, Benjamin, Brecht, Gramsci, Jameson and others. It shows how films must be situated in their social and historical contexts, whether Hollywood, Russian, Cuban, Chinese or North Korean cinema. The authors explore the political contradictions and tensions within dominant cinema and discuss how Marxist filmmakers have pushed the medium in new and exciting directions.

Introduction: Marxism, Film and Film Studies
Mike Wayne
1. Benjamin/Adorno/Brecht and Film b yEsther Leslie
2. Gramsci, Sembène, and the Politics of Culture by Marcia Landy
3. The Althusserian moment revisited (again). by Deborah Philips
4. Jameson, Postmodernism and the hermeneutics of paranoia by Mike Wayne
5. ‘Making It’: Reading Boogie Nights and Blow as Symbolic Economies of Surplus and Sentiment by Anna Kornbluh
6. The Critics Who Knew Too Little: Hitchcock and the Absent Class Paradigm by Colin McArthur
7. Economic and Institutional Analysis: Hollywood as Monopoly Capitalism by Douglas Gomery
8. Hollywood, Cultural Policy Citadel by Toby Miller
9. State Cinema and Passive Revolution in North Korea by Hyangjin Lee
10. Narrative, Culture, and Legitimacy: Repetition and Singularity in Zhang Yimou’s The Story of Qiu Ju by Xudong Zhang
11. Cinemas in Revolution: 1920s Russia, 1960s Cuba by Michael Chanan
Notes on Contributors
Index
Published by Pluto Press in May 2005
Paperback ISBN: 9780745319926
eBook ISBN: 9781783716296