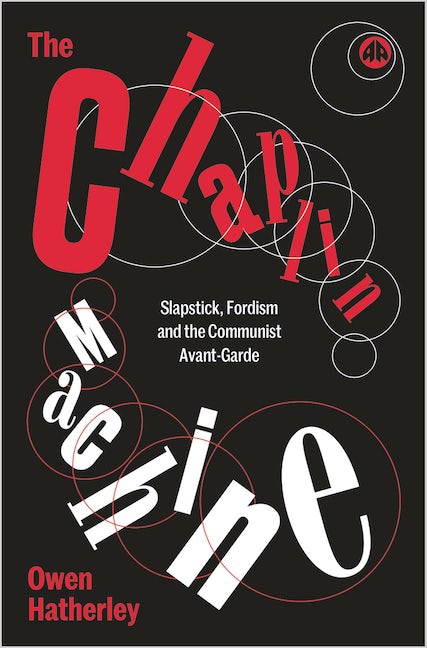 Slapstick, Fordism and the Communist Avant-Garde

The tragic-comedic story of the cinema, art and architecture of the early 20th Century, highlighting the unlikely intersections of East and West

Could Buster Keaton have starred in Battleship Potemkin?

Did Trotsky plan to write the great Soviet comedy?

And why did Lenin love circus clowns?

The Chaplin Machine reveals the lighter side of the Communist avant-garde and its unlikely passion for American slapstick. Set against the backdrop of the great Russian revolutionary experiment, Owen Hatherley tells the tragic-comedic story of the cinema, art and architecture of the early 20th Century and spotlights the unlikely intersections of East and West.

Owen Hatherley is an architecture and culture critic whose writings have spanned Soviet Constructivism, to the merits of Coventry train station. His acerbic wit and sense for 'place' can be found in the pages of Guardian and Architects Journal. He is the author of numerous books on architecture and culture, including The Chaplin Machine (Pluto Press, 2016), Trans-Europe Express (Penguin, 2017), A Guide to the New Ruins of Great Britain (Verso, 2010) and Militant Modernism (Zero, 2009).

'Traces an enjoyably idiosyncratic path back and forth between film studios and factories on opposing continents ... offers intellectual excitement as well as rigour'

'Teems with exciting histories, possibilities, outrages and revelations. This brilliantly researched and beautifully written lightning bolt of a book approaches art and its history from a completely new point of the compass, and its readers will never again see the last century as they once did! An eye-bulging astonishment!'

- Guy Maddin, director of films including The Saddest Music in the World and My Winnipeg.

'Puts the Lenin back in Chaplin and the Chaplin back in the pre-Stalinist USSR. Brilliantly conceived, impeccably researched and concisely written. A definitive work'

'A precious and thoroughly researched book, shedding light on a very stimulating chapter of (film) history'

'A masterly presentation depicting the parody which existed under a communist regime; and showed how Soviet film, art and arhitecture could not avoid the influence of capitalist Americanism ... It is a pioneering work in the field of early film studies and politics'

Introduction: Americanism and Fordism – and Chaplinism
1. Constructing the Chaplin Machine
2. Red Clowns to the Rescue
3. No Rococo Palace for Buster Keaton
4. The Rhythm of Socialist Construction
Conclusion
Acknowledgements
Notes
Index