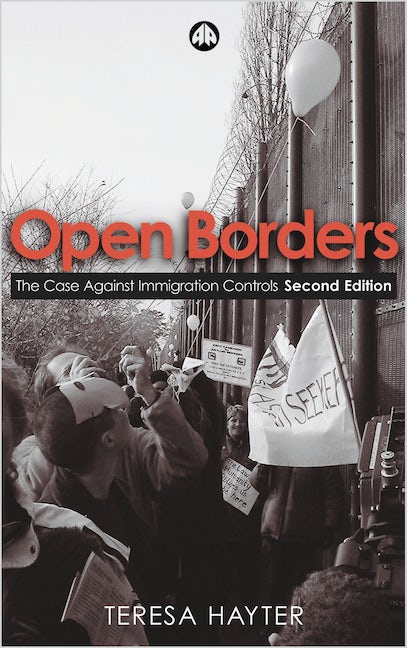 The Case Against Immigration Controls

Sheds new light on the issue of asylum and immigration and opposes immigration controls in their totality.

Assessing the impact of the increasing severity of border controls since they were first introduced, Teresa Hayter makes the controversial case for their abolition.

Focussing on postwar immigration controls, especially the use of such controls against the peoples of former European colonies and East Europeans, and their effects on asylum seekers, Hayter examines the recent history of European coordination of border controls and the notion of ‘Fortress Europe’.

The new edition brings this seminal work up to date with a lengthy preface exploring how the practices of the British government over the past few years has continued the process Hayter outlines in the main text – of abusive and irrational border controls and the criminalisation of entire communities. This second edition also updates the bibliography and list of campaigning groups, and ends with a new manifesto for a world without borders, declaring 'no one is illegal!'

Teresa Hayter is an activist and writer who in recent years has been active in a variety of anti-racist campaigns and organisations opposed to the injustices of detention without trial of migrants and refugees. She is the author of Open Borders (Pluto Press, 2004).