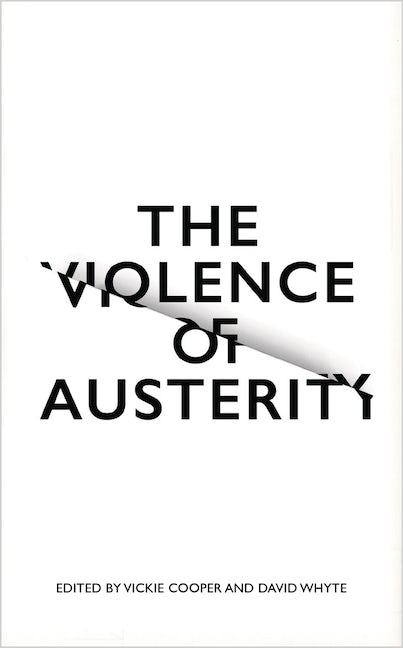 Austerity, a response to the aftermath of the financial crisis, continues to devastate contemporary Britain.

In The Violence of Austerity, Vickie Cooper and David Whyte bring together the voices of campaigners and academics including Danny Dorling, Mary O'Hara and Rizwaan Sabir to show that rather than stimulating economic growth, austerity policies have led to a dismantling of the social systems that operated as a buffer against economic hardship, exposing austerity to be a form of systematic violence.

Vickie Cooper is a Lecturer in Criminology at the Open University where she is Co-Director of HERC (Harm and Evidence Research Collaborative) and researches issues related to homelessness, criminal justice system, housing and eviction. She is the co-editor of The Violence of Austerity (Pluto, 2017).

'An analytical masterpiece, describing what has happened to our communities as a result of austerity'

'In this brilliant book, Vickie Cooper and David Whyte bring together the arguments that break down the sick Tory Party political violence against the people of Britain. This book shows that there is only one response to the imposition of austerity as a crude and violent political strategy, and that is to turn our anger back against the Tories'

- Lynsey Hanley, The Guardian, and Author of Estates

'Eye opening ... enlightening and an education'