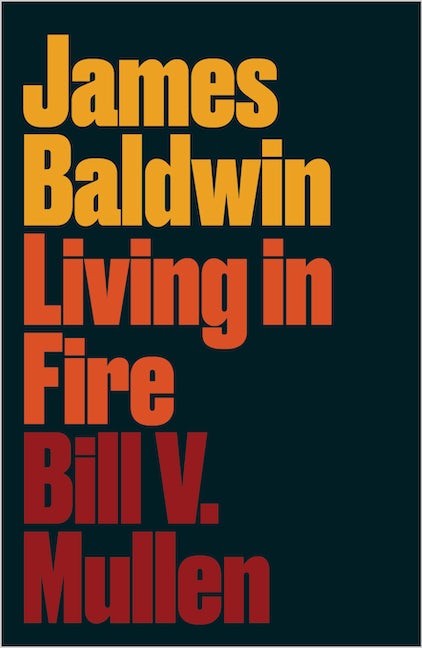 In the first major biography of Baldwin in more than a decade, Bill V. Mullen celebrates the personal and political life of the great African-American writer who changed the face of Western politics and culture.

As a lifelong anti-imperialist, black queer advocate, and feminist, Baldwin (1924-1987) was a passionate chronicler of the rise of the Civil Rights Movement, the U.S. war against Vietnam, Palestinian liberation struggle, and the rise of LGBTQ rights.

Mullen explores how Baldwin's life and work channel the long history of African-American freedom struggles, and explains how Baldwin both predicted and has become a symbol of the global Black Lives Matter movement.

'A smart, concise introduction' - The Guardian

'A fresh view of an iconic American literary and revolutionary figure, particularly when it comes to his solidarity with Palestine ... an essential contribution' - Susan Abulhawa, author of 'Mornings in Jenin' (Bloomsbury, 2010), founder of Playgrounds for Palestine

'An incisive, timely account of Baldwin's critical synthesis of the major strains of black radicalism that we have long needed' - James Smethurst, Professor of Afro-American Studies at the University of Massachusetts Amherst, author of 'The African American Roots of Modernism: Reconstruction to the Harlem Renaissance' (University of North Carolina Press, 2011); 'The Black Arts Movem

'An admirably tempered appraisal, in clear and sturdy prose, that will vivify for a new generation the strength and moral clarity of Baldwin and his writing' - Alan Wald, author of 'The New York Intellectuals: The Rise and Decline of the Anti-Stalinist Left from the 1930s to the 1980s' (Univ. of North Carolina Press, 1987)

'A truly radical reading of an author whose work is only today being fully appreciated for its ability to place America within its empire, and the black struggle at the fore of a global imperative to remake our societies. We need this urgent biography' - Stefano Harney, author with Fred Moten of 'The Undercommons: Fugitive Planning and Black Study' (2013, Minor Compositions) and 'All Incomplete' (forthcoming, Minor Compositions).

'Finally, the James Baldwin we've been waiting for: the revolutionary, fierce internationalist, queer theorist, anti-imperialist, anti-Zionist, incisive dialectician, and perhaps the most dangerous thinker of the 20th century.' - Robin D. G. Kelley, author of 'Thelonious Monk: The Life and Times of an American Original' (Free Press, 2008)

'One of the most important publishing events of this political age. It recontextualizes our knowledge of the complex, humane brilliance of Baldwin.' - David Palumbo-Liu, Louise Hewlett Nixon Professor and Professor of Comparative Literature at Stanford University; author of 'The Deliverance of Others: Reading Literature in a Global Age' (Duke University Press, 2012)

'A revelation. The Baldwin who erupts from these pages is a black queer internationalist, creating masterpieces, raging against oppression and aligning himself with the wretched of the earth.' - David McNally, Cullen Distinguished Professor of History, University of Houston