The Chomsky Perspectives series brings together the essential Chomsky titles. Beginning his career as a linguist, Noam Chomsky has since expanded prolifically into the field of social and political criticism; channelling the rationalism of his first discipline into his political histories, social criticism and analytic philosophy. The variety of this series is a testament to his extensive scholarship, comprising of titles such as Fateful Triangle, Culture of Terrorism and On Power and Ideology, they make available a wealth of Chomsky’s thoughts on the 20th Century and its aftermath. Each book includes a new foreword by Chomsky, as well as contributions from Edward Said, Andre Vltchek and Edward S. Herman. 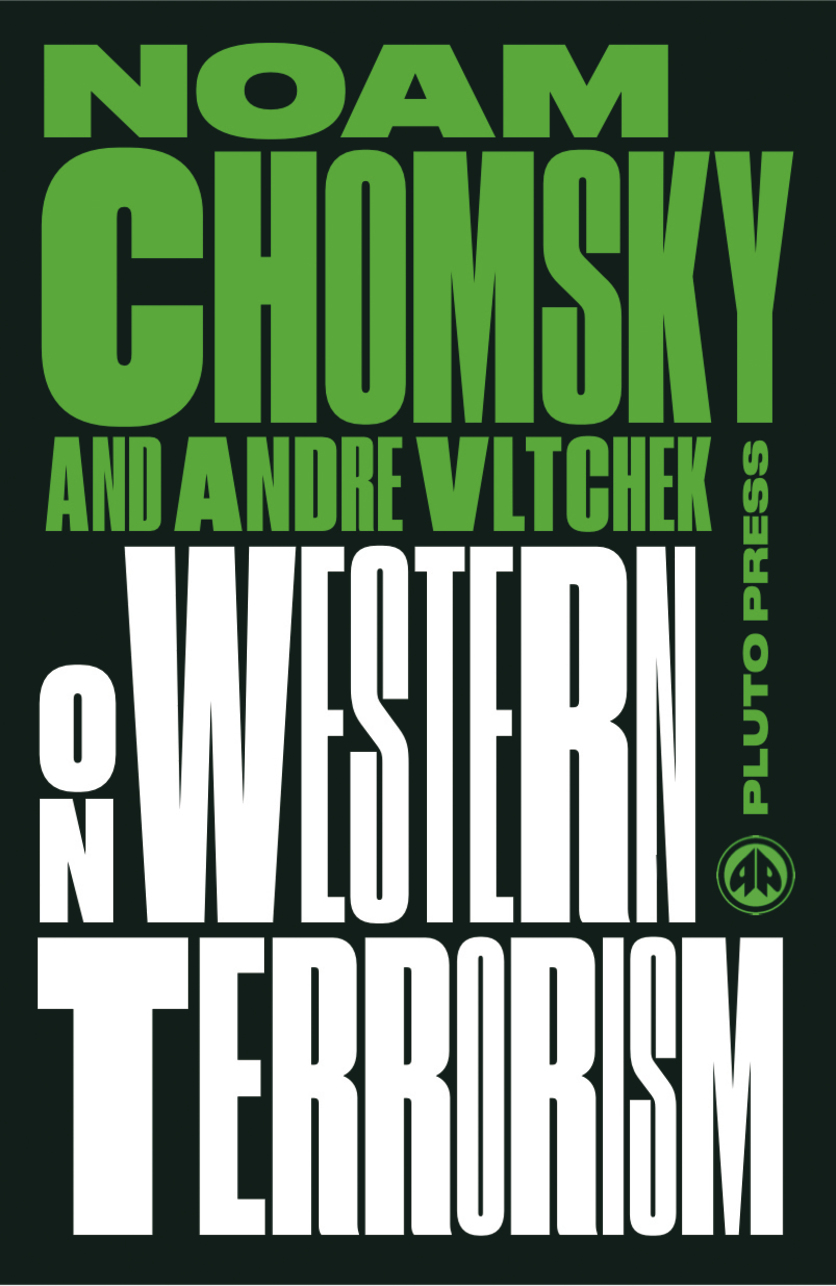 On Western Terrorism: From Hiroshima to Drone Warfare

The ultimate introduction to Chomsky’s political thinking. Chomsky and filmmaker and investigate journalist Andre Vltcheck chart Chomsky’s political formation: beginning with the New York newsstand where Chomsky started his political education as a teenager, the discussion broadens out to encompass colonialism and imperial control, propaganda and the media, the Arab Spring and drone warfare. A refreshing read for anyone who is uneasy about the West’s wider role in the world, On Western Terrorism offers a powerful critique of the legacy of colonialism, touching upon many countries including Syria, Nicaragua, Cuba, China, Chile and Turkey.

A damning indictment of America’s relationship to Israel, written in the aftermath of the Israeli invasion of Lebanon, Fateful Triangle systematically covers Middle East history from the formation of the State of Israel to the Oslo Peace Accords. An exercise in myth-busting, Chomsky compares the inhumane, cynical and cruel treatment of the Palestinian people with accounts by those whom Chomsky calls “the supporters of Israel”, notably the “pro-Zionist” bias of the U.S. media and intellectuals.

Fateful Triangle contains a foreword by Edward Said, as well as, a new preface by Chomsky. 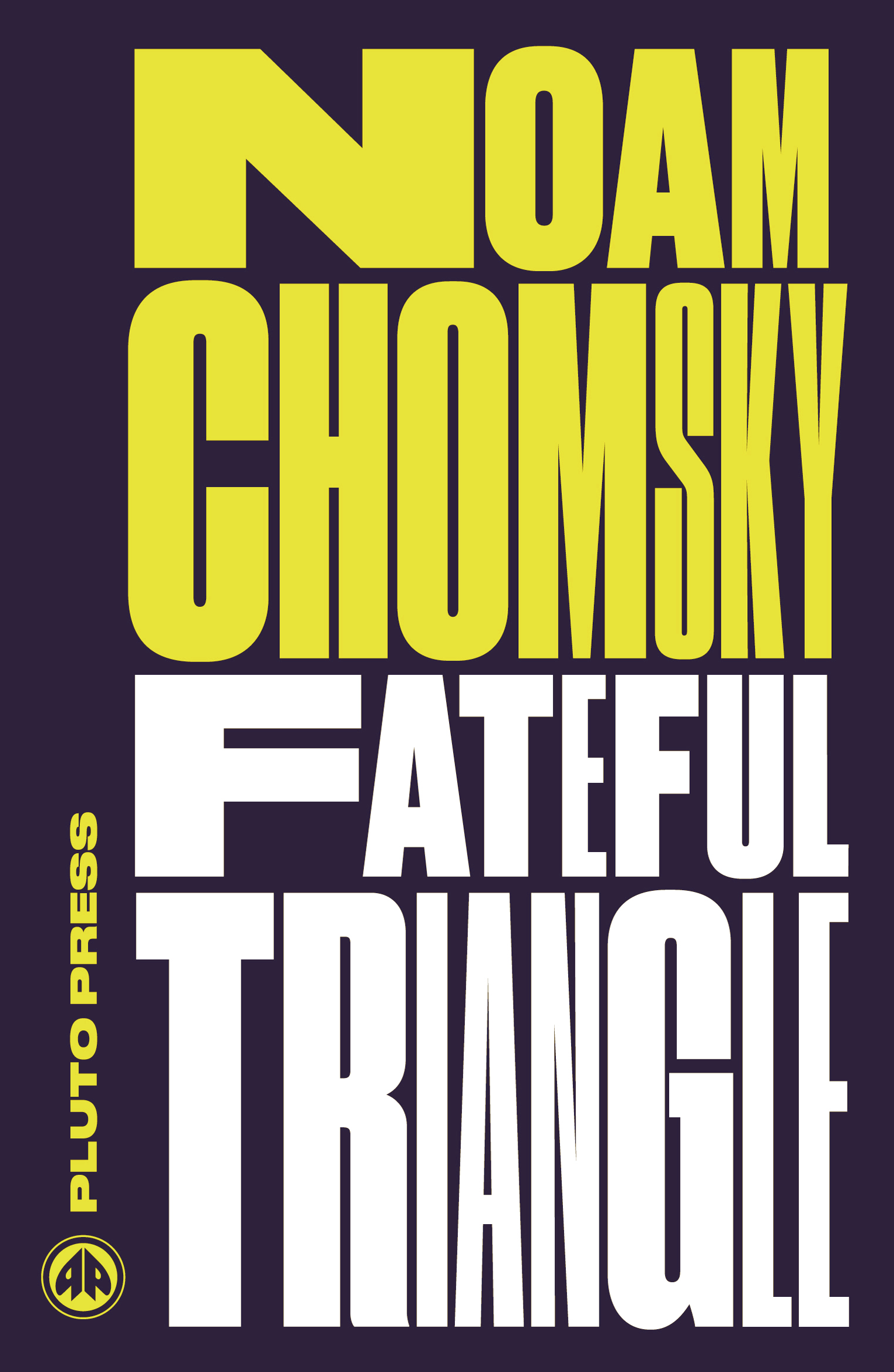 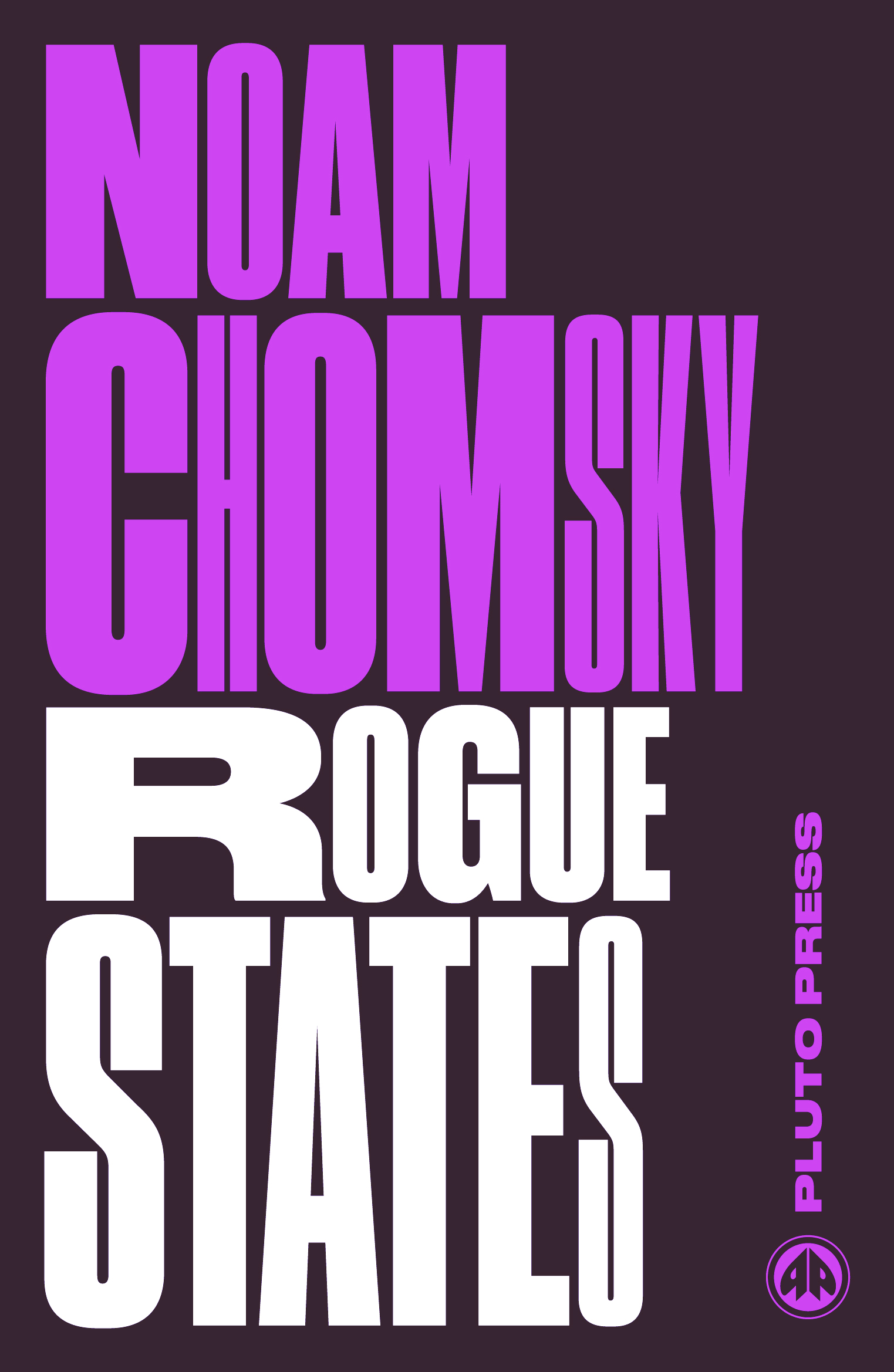 Rogue States: The Rule of Force in World Affairs

A collection of essays written by Chomsky in the late 1990s, predicated on his understanding that ‘States that have some degree of power and agency in the international arena face two related tasks: to portray the targets of their punitive actions as irremediably evil and their own acts as glorious and just.’ With this in mind, Chomsky considers U.S. involvement in the Balkans Crisis, the embargo against Cuba, and intervention in Latin America, turning the focus of criticism inwards to demonstrate how Western powers too often fail to uphold their own standards of conduct.

Powers and Prospects: Reflections on Nature and the Social Order

An essay collection that veers wildly across the expanse of Chomsky’s thought, with topics ranging from linguistics, to human nature and international affairs. A vital compilation of Chomsky’s writing that no admirer of Chomsky’s oeuvre can afford to be without. 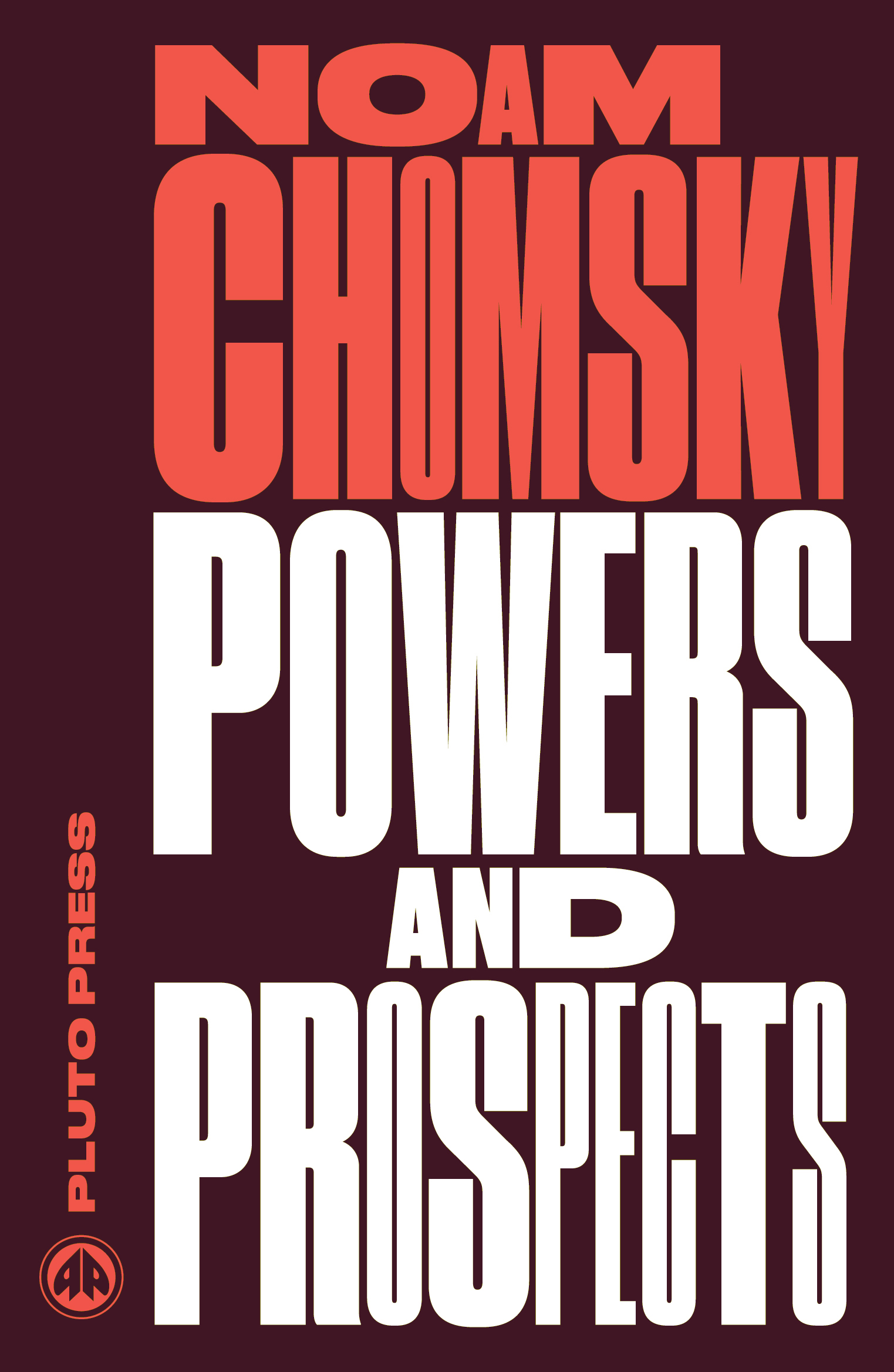 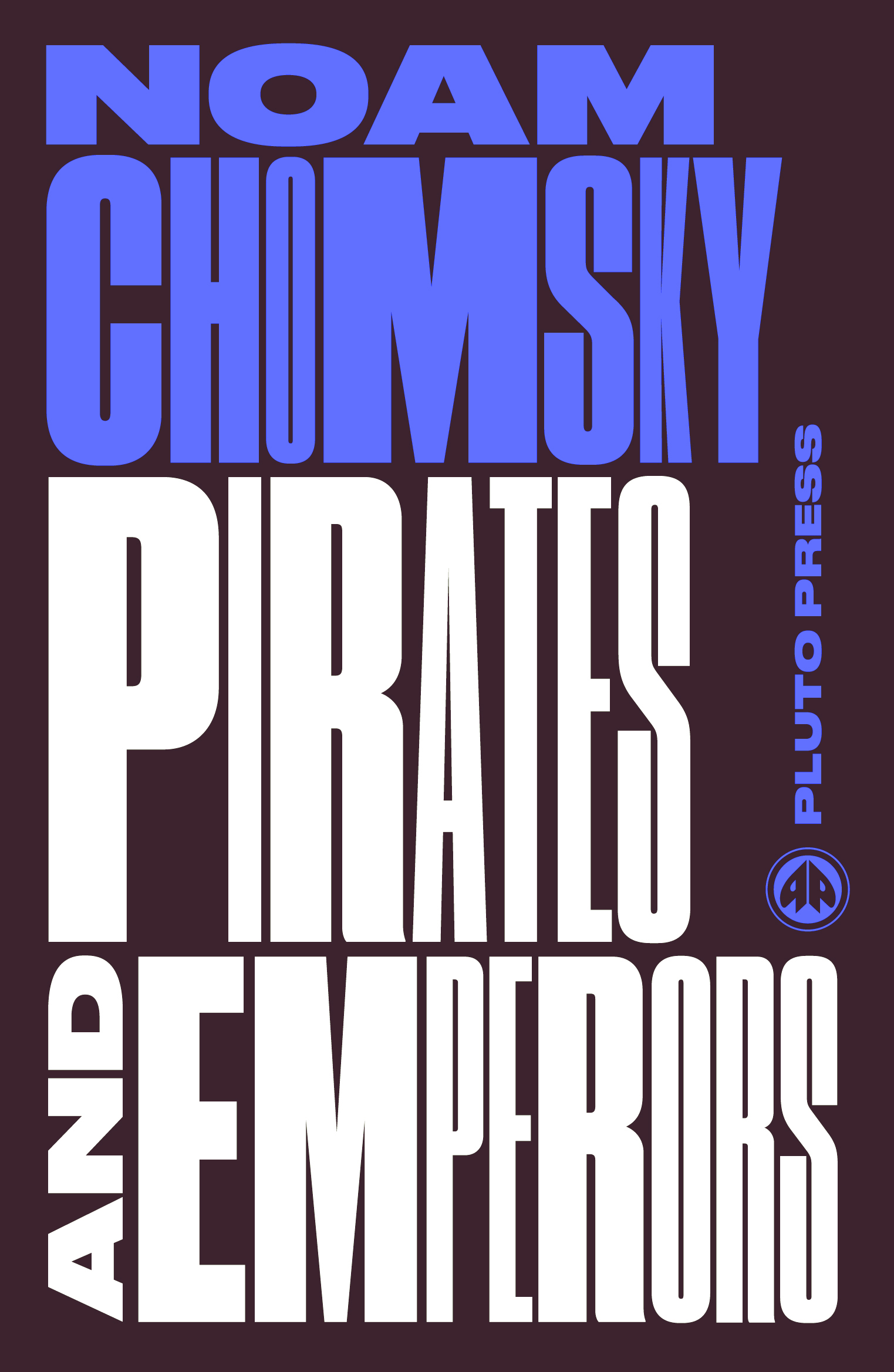 Pirates and Emperors: International Terrorism in the Real World

By examining the Lockerbie Bombing, the Second Palestinian Intifada and the attacks on the World Trade Centre, Chomsky seeks to expose the machinations of Western responses to ‘terrorism’. Revealing how the aggressor has unique privileges that give them the right to invade and destroy at will, categorising any resistance to its justified actions as a terrorist act. From this analysis, we come to understand the roots of American military actions in Iraq and Afghanistan, recent interventions in Libya, and the on-going destruction of Palestine.

‘The conquest of the New World set off two vast demographic catastrophes, unparalleled in history: the virtual destruction of the indigenous population of the Western hemisphere, and the devastation of Africa as the slave trade rapidly expanded to serve the needs of the conquerors, and the continent itself was subjugated. Much of Asia too suffered ‘dreadful misfortunes’. While modalities have changed, the fundamental themes of the conquest retain their vitality and resilience, and will continue to do so until the reality and causes of the ‘savage injustice’ are honestly addressed.’ Exploring ‘the great work of subjugation and conquest’ which began with Columbus, Year 501 surveys the history of American imperial power in the ensuing 500 years; a brutal condemnation of the excesses of Western colonial and neocolonial politics. 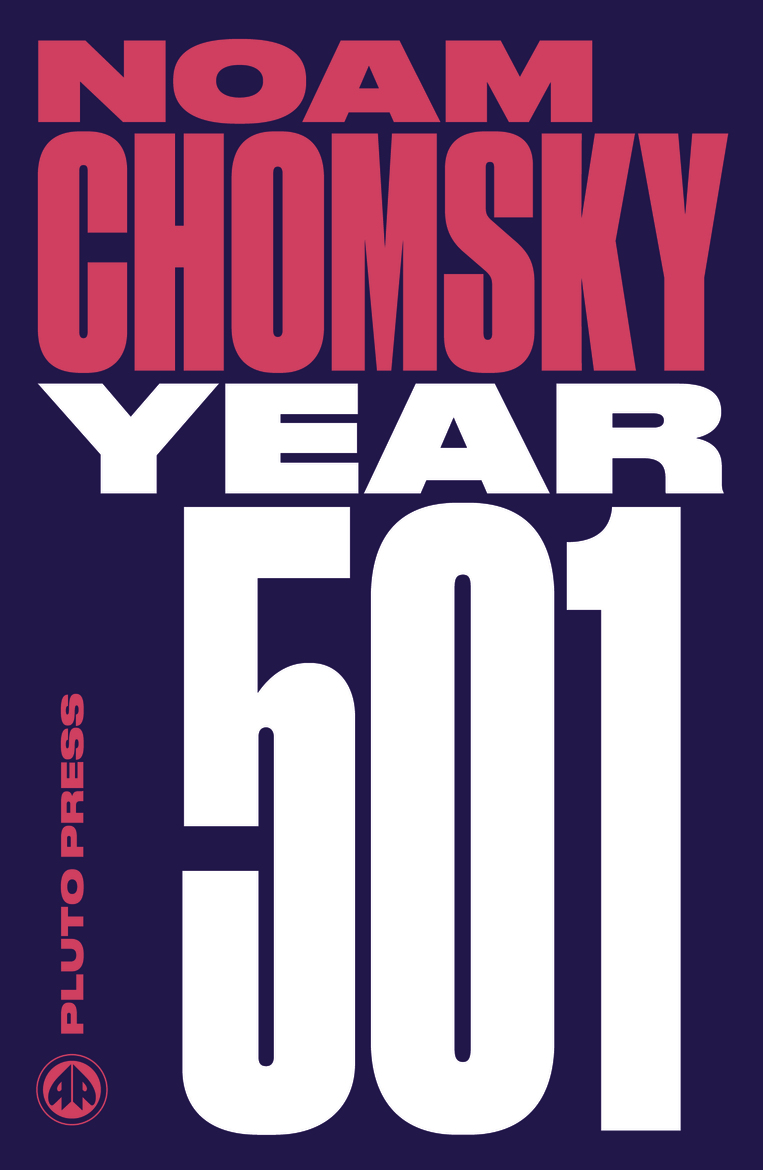 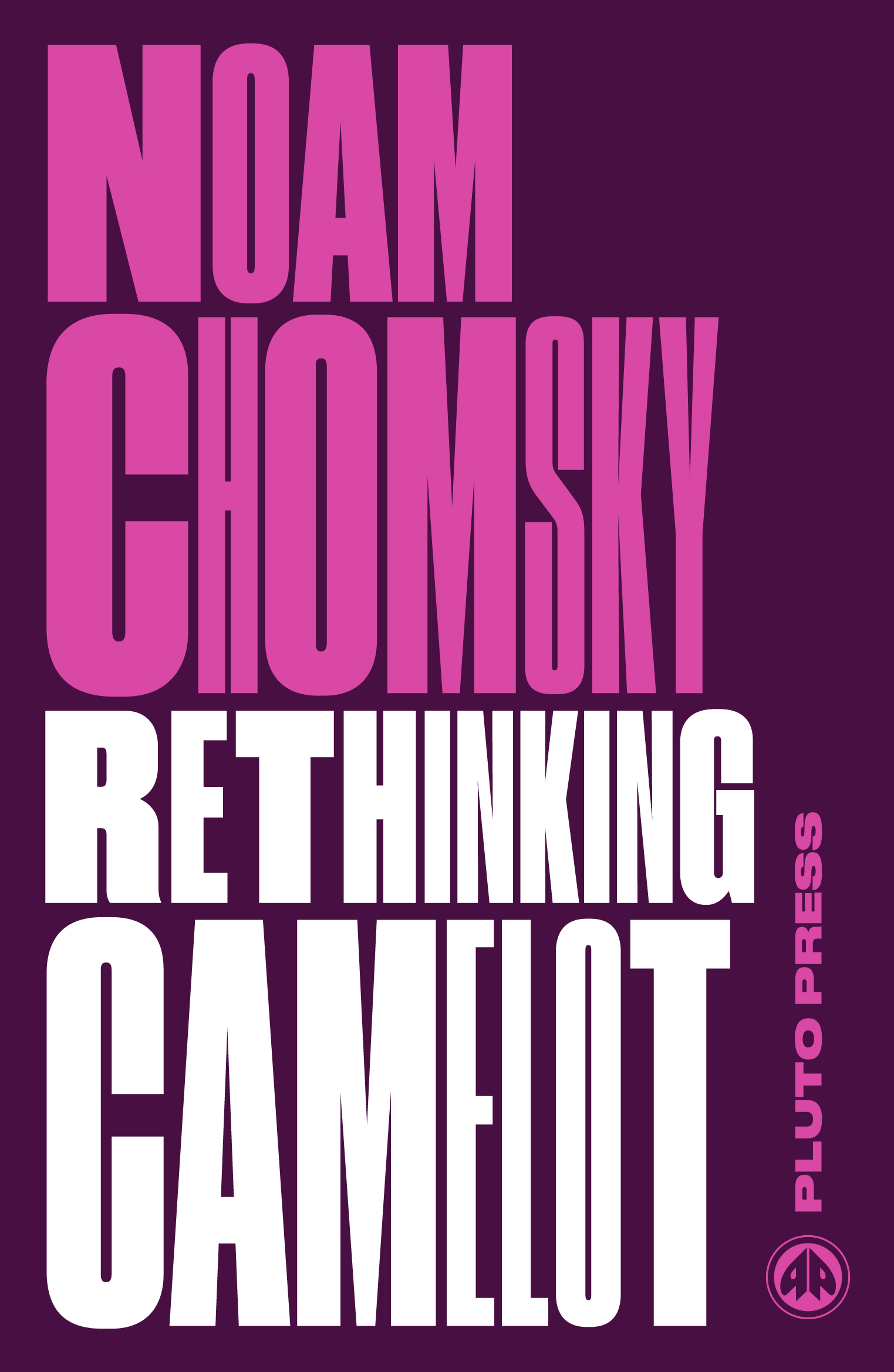 Proffering a thorough analysis of the Kennedy administration and JFK’s involvement in Vietnam, Chomsky dismisses the crowing of JFK as a ‘shining knight’; a neo-Camelot. Instead he considers the parallels between his presidency and the presidency of Ronald Reagan. Rethinking Camelot is a potent act of myth-busting and proves a bitter pill to swallow.