Today, we think of abolitionism as relating solely to the institutions of prisons and police. But, there are many wings to this movement, including the development of anti-psychiatry. First published in 1982, Psychopolitics issued a critique of the organisations of mental health and illness. Sedgwick’s analysis speaks through the ages. Waves of austerity and cuts to our institutions of care all damage our concept of mental health, and, most importantly, our collective capacity to care for others. In Sedgwick’s PsychoPolitics, an alernative is possible:

‘As an active partisan of many left-wing causes and movements, I was amazed (as the expansion of radical or revolutionary groupings gathered force in the late sixties and the seventies) to discover that on the left the most popular attitude towards the mental illnesses was to deny their very existence.

The problems of practice in the healing and care of the mentally ill were, among the circles where I usually felt the broadest ideological and personal sympathy, dissolved neatly into two categories. Firstly, there were bad practices, which were the result of capitalism’s tendency to label various deviants and dissidents as ‘mentally ill’ as a prelude to lobotomising, electro-shocking, sedating or incarcerating these valiant unfortunates. Secondly, there were (or there were about to be, or there ultimately would be under the aegis of a socialist state, when the more urgent priority of overthrowing the capitalist order had at last been achieved) some good practices towards the mentally deviant. These included leaving them well alone to become the good healthy rebels that they undoubtedly ought to be, or inducting them into any one of a range of genuinely radical and genuinely therapeutic milieux (of the sort being pioneered by R.D. Laing, David Cooper or a number of clinicians on the West Coast of the United States). A more militant perspective included aiding them to mount collective actions of opposition against psychiatrists, psychologists, neuro-surgeons, drug companies and hospital institutions, as well as more individual actions of protest against their relatives or other do-gooders who were nothing less than co-conspirators in the manoeuvrings directed by the macro-structure of capitalism against the innocent insane. The books that propagated this vision of psychiatry as modern capitalism’s (or modern bureaucracy’s) ultimate weapon of social control against dissidence were commonly best-sellers, available widely in frequently reprinted cheap editions to mass audiences both on and away from university campuses. Their utility as a provocation for a wider social critique, outside the strict realm of public policy in mental health, is still manifest even for those of us who disagree with their implications for psychiatry’s future direction. 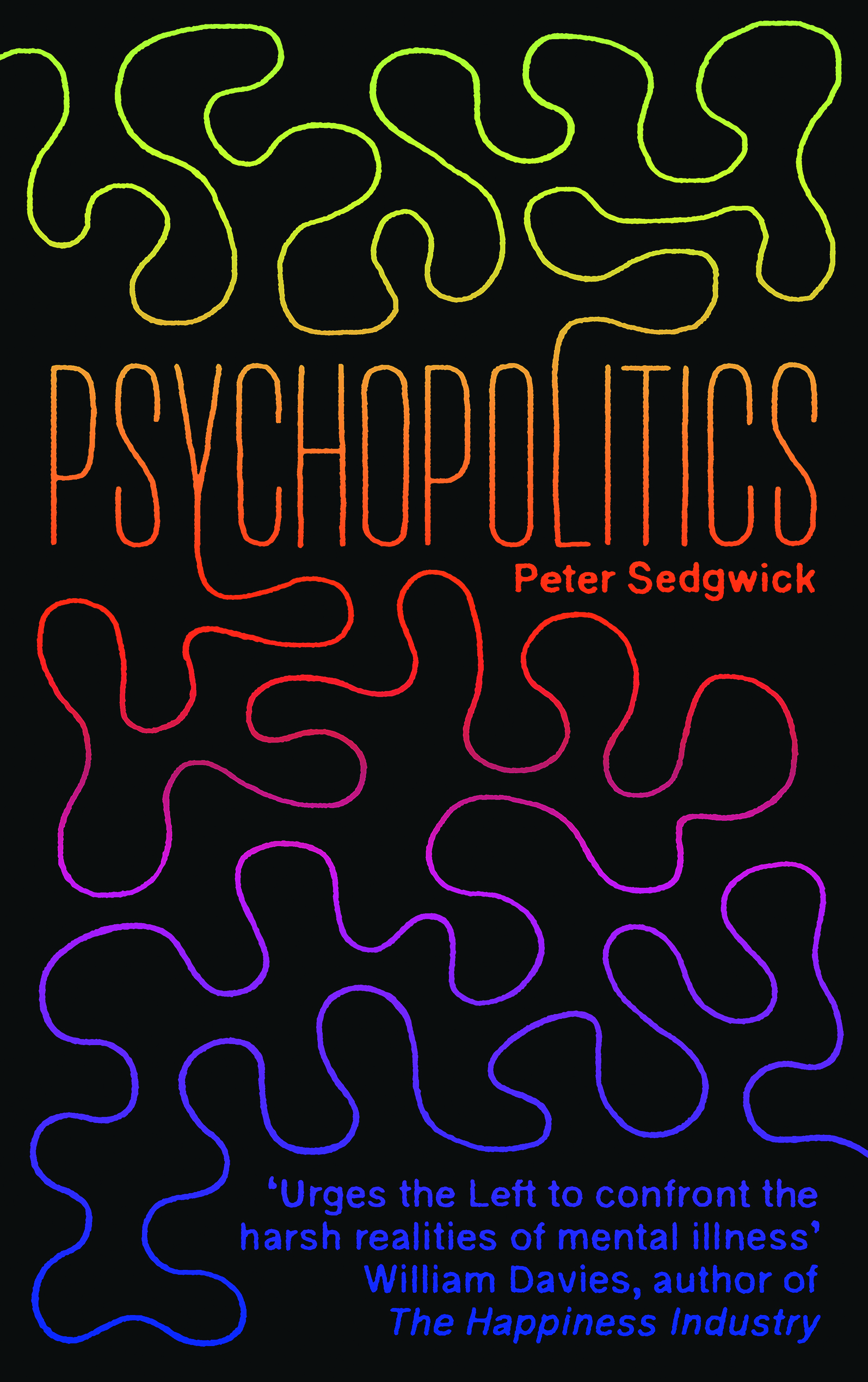 Their weaknesses will be discussed in the chapters that follow. But nobody situated now, at the fagend of a century that has seen the coming and passing of innumerable avant-gardes of critical promise, should underrate the importance of this cohort of anti-psychiatric writers and thinkers. Erving Goffman, for example, won an immediate and thoroughly deserved recognition with the publication in 1961 of his Asylums: Essays on the Social Situation of Mental Patients and other Inmates. This was a powerful and compelling study – based largely on Goffman’s first-hand anthropological fieldwork as a participant-observer on a traditional mental ward – of the moulding of ‘psychiatric’ symptoms and of the typical ‘chronic’ patient’s career through the de-humanising repressiveness of the pyschiatric hospital’s customary regulations. When in the early seventies I taught in a New York City University with a mass intake of introductory sociology students, Goffman’s Asylums was the prime text listed as required reading for sophomore undergraduates by teacher after teacher in classes and lectures offering a first orientation to the general discipline of sociology. Although the direct influence of Goffman both on general sociology and on the sociology of mental health has abated since the early seventies, workers in the kindred field of what is usually called ‘labelling theory’ have continued to create a credible and persuasive imagery of the construction of psychiatric deviancies through enforced pressures by medical and social agencies. Among academic (and often publicised) contributors we may mention Thomas Scheff, author of the 1966 book Being Mentally Ill: A Sociological Identity, and D.L. Rosenhan, whose 1973 paper ‘On Being Sane in Insane Places’, published in the prestigious review Science, kindled an instant furore through its report that psychologically normal investigators, who presented themselves at a mental admission desk with a claim to one single (and entirely fabricated) psychotic symptom, were promptly committed to in-patient care for periods of between seven and 52 days even though they never subsequently provided their medical assessors with either that particular sign or with any other evidence of a deluded psychopathology.

Other innovative work in what may loosely be called a Goffmanesque vein has come from anti-psychiatric writers in film, the theatre and the novel. Ken Kesey’s fiction (and later film-script) One Flew Over the Cuckoo’s Nest, and David Mercer’s account of the precipitate hospitalisation of a schizophrenic, In Two Minds (for British television) and Family Life (as a film for the cinema), both perhaps belong in the literary-anthropological tradition of Asylums, although all the antipsychiatric contributions to the wider media in the last couple of decades also bear the impress of R.D. Laing’s notoriety. Goffman may need some introduction to a lay readership in the eighties; Laing, even at this distance from the peak of his reputation, will need little or none. During my earlier involvement with the socialisthumanist New Left of Britain I found (towards the very end of the fifties) that his work on the inner rationality of schizophrenic behaviour was becoming the focus of some sympathetic attention on the intellectual left; but I did not see or hear Laing until 1964 (and then only at a distance, as a member of a respectful audience at a social psychiatry conference) when he delivered what was to become a key paper in the establishment of his best-known position, soon to be printed in an updated version as the chapter on ‘The Schizophrenic Experience’ in his book The Politics of Experience and the Bird of Paradise (1967). I was very, very sceptical as to the value of Laing’s inferences on the supposedly normal and life-enhancing qualities of the schizophrenic frenzy; by the time I had developed these reservations in some draft talks and articles expressing the position outlined in this book, virtually the entire left and an enormous proportion of the liberal-arts and social-studies reading public was convinced that R.D. Laing and his band of colleagues had produced novel and essentially accurate renderings of what psychotic experience truly signified. Seldom can a vanguard minority of researchers, opposed to the main orthodoxies of a dominant applied science, have achieved in so short a span of years a cultural and even political dominance of their own among progressive circles of the public with a pretension to discrimination in the matter of ideas. The thrust of Laingian theorising accords so well with the loose romanticism and libertarianism implicit in a number of contemporary creeds and moods that it can easily generate support and acquire plausibility. It is only four years since I walked into a gathering of 30 or 40 postgraduate trainees in social work, to introduce them to two parents of schizophrenic children, both of them activists with me in a local pressure group for the welfare of schizophrenia sufferers. Much to the surprise of the parents and myself, this audience of social-work trainees directed a barrage of hostile questions and comments at us. Was not psychiatric diagnosis just a matter of labelling awkward people, just like in Russia? How could we be sure that we were talking about a real illness, and not something that was the product of faulty family handling? Faced with these attacks, which might have been quite uncomfortable for the morale of ordinary parents outside the gamut of the doubts and guilts that afflict the families of the handicapped, the three of us from the support group became increasingly more defensive, conventional and lame in our replies. We left an audience that had been sympathetic to Laing before we entered the room and was now more Laingian than Laing himself: for had they not witnessed the evasiveness and inauthenticity of a repressive and authoritarian parenthood left in charge of an innocent deviancy? Musing on the experience afterwards, one of the parents, a robust and good-humoured mother who had to look after her seriously ill black adolescent son in a suburban neighbourhood not distinguished for its racial tolerance (and still less for its mental-health liberalism), remarked that she could quite understand the reactions of our interrogators. ‘We must have looked very conservative and square; and besides, only a few years ago, I read Laing and accepted his story completely – before we had any knowledge at home of what these things were really like.’