From ISIS propaganda videos to popular regime-backed TV series and digital activism, the Syrian conflict has been dramatically affected by the production of media, at the same time generating in its turn an impressive visual culture. Yet what are the aesthetic, political and material implications of the collusion between the production of this sheer amount of visual media being continuously shared and re-manipulated on the Internet, and the performance of the conflict on the ground?

This ethnography uses the Syrian case to reflect more broadly on how the networked age reshapes contemporary warfare and impacts on the enactment of violence through images and on images. In stark contrast to the techno-utopias celebrating digital democracy and participatory cultures, Donatella Della Ratta’s analysis exposes the dark side of online practices, where visual regimes of representation and media production dramatically intertwine with modes of destruction and the performance of violence.

Exploring the most socially-mediated conflict of contemporary times, the book offers a fascinating insight into the transformation of warfare and life in the age of the internet.

Donatella Della Ratta has a background in Media Studies with a specialization in Arabic-speaking media. From 2007 until 2011 she lived in Damascus and carried out an extensive media ethnography of Syrian TV series which became the topic of her Ph.D. research, obtained from the University of Copenhagen in 2013. She is a former Post-Doctoral Fellow at University of Copenhagen and at the Annenberg School for Communication, Pennsylvania University and an Affiliate of the Berkman Klein Center for Internet and Society at Harvard University. Della Ratta has authored three monographs on Arab media, and curated chapters on Syrian media and politics in several collective books. She is a contributor to Italian and international media outlets such as Al Jazeera English, Hyperallergic, Internazionale, and Il Manifesto. She has professional experience as a journalist, TV author and producer, and  managed the Arabic speaking community of the international NGO Creative Commons for five years (2008-2013).  She has curated several art exhibitions and film programs on Syria, and she is a co-founder and board member of the web aggregator on creative resistance Syria Untold www.syriauntold.com.

END_OF_DOCUMENT_TOKEN_TO_BE_REPLACED 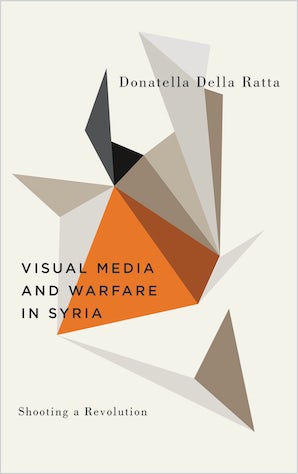 Visual Media and Warfare in Syria

What has been the impact of visual media on the Syrian conflict?
END_OF_DOCUMENT_TOKEN_TO_BE_REPLACED
All events
X