Hosted by East Side Freedom Library

In the 1990s, concerns in the American labor movement about work being outsourced to Mexico ran high. Debates over the North American Free Trade Agreement in 1994 and the anti-WTO protests in Seattle in 1999, captured front page headlines. But there were also important stories, struggles, and experiences that never made it into the mass media.

Rumors of a violent confrontation at the Ford Assembly plant in a suburb of Mexico City on January 8, 1990, reached the United Auto Workers (UAW) union in the US: nine employees had been shot by a group of thugs and gangsters, in an act of political repression which changed the course of Mexican and US workers’ rights forever. UAW Local 879, based at the St. Paul Ford plant leapt into action, building solidarity relationships with their Mexican counterparts, and, before the passage of NAFTA, a crossborder organization called MEXUSCAN, to link U.S., Canadian, and Mexican autoworkers together.

In 1978, Rob McKenzie hired into the St. Paul Ford plant. He worked the next 28 years as an assembler, then an electrician, and he went from rank-and-file membership in UAW 879 to leadership in the local, being elected president in 1998. He would be re-elected three times, serving until 2006. He became a regional servicing representative for Minnesota, Iowa, and Wisconsin, and he served twelve years on the Minnesota state AFL-CIO Executive Board.

Rob was working at the Ford Twin Cities Assembly when he heard of the attack on the Mexico City workers. He was part of the relationship the unions developed. When he retired in 2016 he began researching this series of events. His findings took him further than he expected—all the way to the doors of the CIA. His book, El Golpe (“The Coup”) is a dark tale of political intrigue that still resonates today.

On ESFL’s virtual platforms, Rob will engage in conversation with a panel of reader/discussants. They are:

Gary Prevost, Professor Emeritus of Political Science at St. Benedict’s/St. John’s and the author of several books and articles about U.S. involvement in the political life of Latin American countries.

Sarah Degner-Riveros, Lecturer in Languages and Cross-Cultural Studies at Augsburg University, and Joe Callahan, who worked at Ford and was a member of UAW 879 from 1987-2007. Both Sarah and Joe have long histories as activists in North/South solidarity work, and are both members of the Solidarity Committee of the Americas.

Rafael Espinosa, Organizing Director of Teamsters Local 320. Born in Mexico, Rafael has been an activist on behalf of immigrant rights and has held staff positions with UFCW Local 1189 and AFSCME Council 65.

END_OF_DOCUMENT_TOKEN_TO_BE_REPLACED 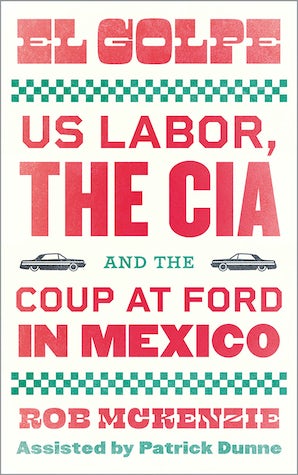