Special launch event at the House of Commons

Here to Stay, Here to Fight is an anthology of the work of the Race Today, a journal produced by black and Asian radicals in the 1970s and 1980s.

Race Today Collective was at the epicentre of the struggle for racial justice in Britain. Placing race, sex and social class at the core of its analysis, it featured in its articles and pamphlets contributions from some of the leading writers and activists of the time: C. L. R. James, Darcus Howe, Linton Kwesi Johnson, Toni Morrison, Maya Angelou, Walter Rodney, Bobby Sands, Farrukh Dhondy and Mala Sen and many more.

END_OF_DOCUMENT_TOKEN_TO_BE_REPLACED 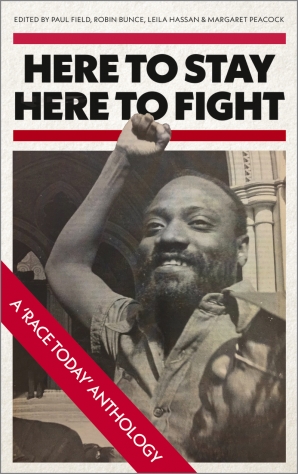