Join authors Michael Eaude and Andrew Dowling to discuss their latests books on the history of Catalonia and its people.

On October 1, 2017, the Spanish police assault on Catalans voting in a peaceful referendum shot Catalonia’s struggle for independence onto the world’s front pages. Today, those two million-plus voters have neither forgiven nor forgotten: the struggle continues.

Catalonia’s national consciousness has deep roots. A People’s History of Catalonia tells this small country’s history, from below, in all its richness and complexity. Catalonia’s struggles for freedom have, for centuries, been violently resisted; and its language and rights, suppressed. Since the nineteenth century, the fight for national sovereignty has often intertwined with working-class mobilisation for social justice. Barcelona became known as the Rose of Fire. In 1936 Catalonia saw one of history’s most profound workers’ revolutions.

From the peasant revolts of the 15th century and the siege of Barcelona in 1714, through the explosive workers’ movement led by anarchists, the defeat in the Spanish Civil War, to the anti-Franco resistance in the grim years that followed, the author tells a compelling story whose ending has yet to be written. 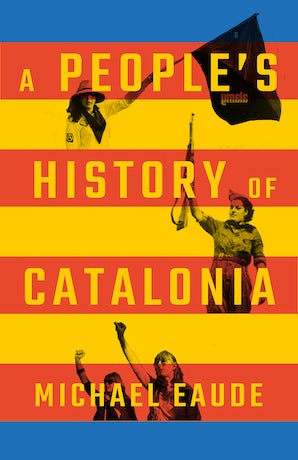 A history of Catalonia and its centuries-long struggles for survival and, now, independence