Genealogies of the Split Arab/Jew Figure

A lecture by Ella Shohat

Department of Gender and Women’s Studies, Center for Race and Gender

Part of the Feminist Studies and Decolonial Epistemologies Lecture Series

This lecture will offer a genealogical reading of the gradual splitting of the formerly unified Orientalist Semitic figure into a separate “Arab” and “Jew” and the ramifications of this split for contemporary discourses about Jews and Muslims. Examining the shifting Eurocentric imaginary in the wake of the colonizing Enlightenment, the lecture traces contemporary assumptions about a presumed longstanding Arab / Jewish divide — and the ambiguous position of the Arab-Jew within it — back to crucial shifts in 19th century representation. Examining the gendered dimensions of this split, addressed through visual culture, helps provide a historical lens to discuss ruptures prior to the grand Rupture of partition and displacement. Here the pivotal figure of the Arab-Jew reveals an intricate landscape of belonging which provides an alternative conceptual framework which can illuminate contemporary post/colonial tensions.

Professor Ella Shohat teaches at the departments of Art & Public Policy and Middle Eastern & Islamic Studies at New York University. She has lectured and written extensively on issues having to do with post/colonial and transnational approaches to Cultural studies. On the Arab-Jew, Palestine, and Other Displacements: Selected Writings (Pluto Press, 2017; Shortlisted for the Middle East Monitor Book Award); Taboo Memories, Diasporic Voices (Duke University Press, 2006), Israeli Cinema: East/West and the Politics of Representation (Univ. of Texas Press, 1989; New Updated Edition with a new Postscript Chapter, I.B. Tauris, 2010); Talking Visions: Multicultural Feminism in a Transnational Age (MIT & The New Museum of Contemporary Art, 1998); Dangerous Liaisons: Gender, Nation and Postcolonial Perspectives (co-edited, The University of Minnesota Press, 1997); Between the Middle East and the Americas: The Cultural Politics of Diaspora (co-edited, The University of Michigan Press, 2013; Honorable Mention in the Non-Fiction category for the 2014 Arab American Book Award, The Arab American Museum); And coauthor with Robert Stam of Unthinking Eurocentrism (Routledge, 1994; Katherine Kovacs Singer Best Film Book Award for 1994; 2nd edition with a new Postscript Chapter, 2014); Flagging Patriotism: Crises of Narcissism and Anti-Americanism (Routledge, 2007); Race in Translation: Culture Wars around the Postcolonial Atlantic (NYU Press, 2012); and Multiculturalism, Postcoloniality and Transnational Media (coedited, Rutgers Univ. Press, 2003). She has also coedited several special issues of Social Text: “911-A Public Emergency?” (2002); “Palestine in a Transnational Context” (2003); “Corruption in Corporate Culture” (2003); and “Edward Said: A Memorial Issue” (2006).

END_OF_DOCUMENT_TOKEN_TO_BE_REPLACED 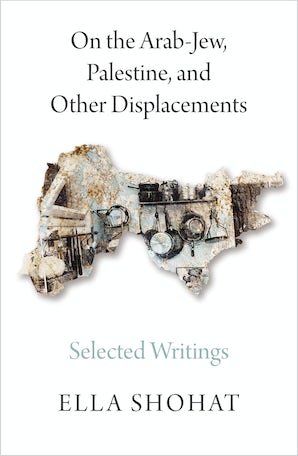