Explore masculinity and sex education during an evening with Pluto Press authors JJ Bola and Natalie Fiennes as they launch the new Outspoken series—a thought-provoking collection of political books for young people, platforming underrepresented voices and revealing powerful histories to unravel the debates around some of the most contentious topics of our age, such as sex education, masculinity, feminism, mental health, class and inequality.

Mask Off: Masculinity Redefined by JJ Bola: Exposing masculinity as a performance that men are socially conditioned into, Bola examines how the world has become dominated by stories of ‘toxicity’, ‘fragility’ and ‘crisis’—from Donald Trump’s outbursts on social media, to deadly gun violence and high levels of male suicide. Using reference to non-Western cultural traditions, music and sport, Mask Off shines a light on historical narratives around masculinity to unravel the popular myths that have continued to attach themselves to this concept. Bola is a writer, poet and educator. He is the author of the novel No Place to Call Home, as well as three poetry collections. He is one of the winners of the 2017 Spread the Word Flight 1000 Associate Prize.

Behind Closed Doors: Sex Education Transformed by Natalie Fiennes: In her timely and necessary intervention into the debate around sex education, Fiennes explores sex, politics and the dynamics of power. Unpacking the lessons to be learnt from the #MeToo movement, Behind Closed Doors exposes the dangers of keeping conversations about sex hidden from view and champions a radical revision of ‘birds and bee’s’ sex education to identify the inequalities that stand in the way of sexual freedom. Fiennes is a journalist, writer and activist. She runs workshops on sex education in schools and universities and has written for the Guardian, the Independent and Novara Media.

The event will be chaired by journalist and editor of gal-dem Micha Frazer-Carroll and will be followed by a Q&A and a book signing.

END_OF_DOCUMENT_TOKEN_TO_BE_REPLACED 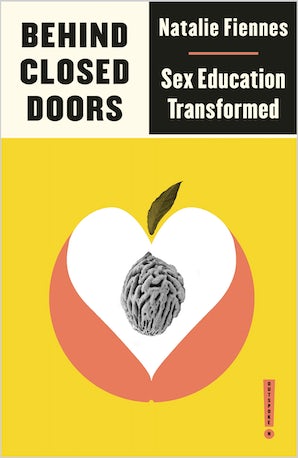 When it comes to sex education, the personal is political.