Where Grieving Begins is the memoir of Patrick Magee, the man who planted the 1984 Brighton bomb – an attempt by the Provisional IRA to kill the Prime Minister, Margaret Thatcher, and her cabinet. In an unflinching reckoning with the past, Magee recounts the influences and events of his life, reflecting on his motivations and the political context in which he acted; on armed struggle and the peace process. He chronicles the humbling and profound experience of meeting Jo Berry – whose father was one of five people killed in the Brighton Bombing – and the extraordinary work they have done together in the 20 years since.

A chasm of misunderstanding endures around the Troubles and the history of British rule in Ireland. This memoir is an attempt to build a bridge to a common understanding. It is written in the belief that much is possible, even in the face of profound differences, when there is a genuine commitment to honesty, inclusion and dialogue.

END_OF_DOCUMENT_TOKEN_TO_BE_REPLACED 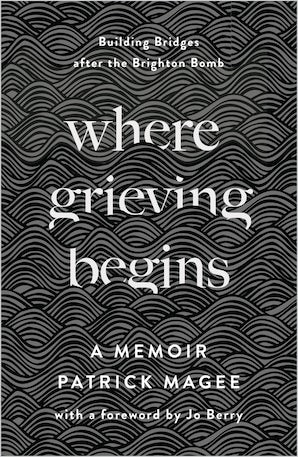