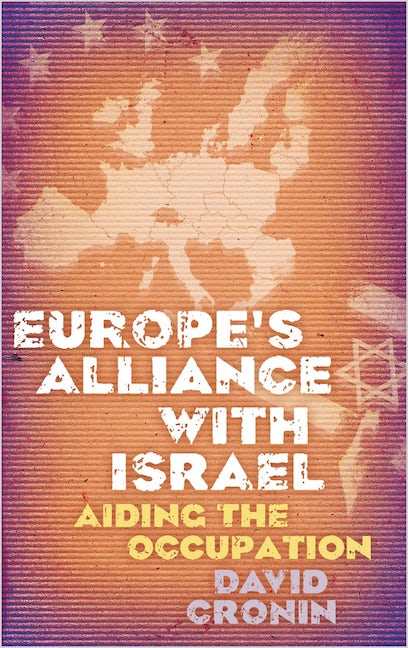 Shows that the EU's close relationship with Israel has legitimised actions such as the ill-treatment of prisoners and the Gaza invasion.
In carefully crafted official statements, the European Union presents itself as an honest broker in the Middle East. In reality, however, the EU's 27 governments have been engaged in a long process of accommodating Israel's occupation of Palestinian territories.

Journalist David Cronin interrogates the relationship and its outcomes. A recent agreement for 'more intense, more fruitful, more influential co-operation' between the EU and Israel has meant that Israel has become a member state of the Union in all but name. Cronin shows that rather than using this relationship to encourage Israeli restraint, the EU has legitimised actions such as the ill-treatment of prisoners and the Gaza invasion.

Concluding his revealing and shocking account, Cronin calls for a continuation and deepening of international activism and protest to halt the EU's slide into complicity.

'It seems to many that Israel is above international law. This important book explores the complex political ties that have prevented European countries from holding Israel to account' - Ken Loach
Acknowledgements
Introduction
1. Building The Unholy Alliance
2. Bowing To America
3. Aiding The Occupation
4. The Misappliance Of Science
5. Profiting From Palestine’s Pain
6. The Israel Lobby Comes To Europe
Conclusion
Confronting Europe’s Cowardice
Notes
Index
Published by Pluto Press in Nov 2010
Paperback ISBN: 9780745330655
eBook ISBN: 9781783714247

END_OF_DOCUMENT_TOKEN_TO_BE_REPLACED
Back to Top
X