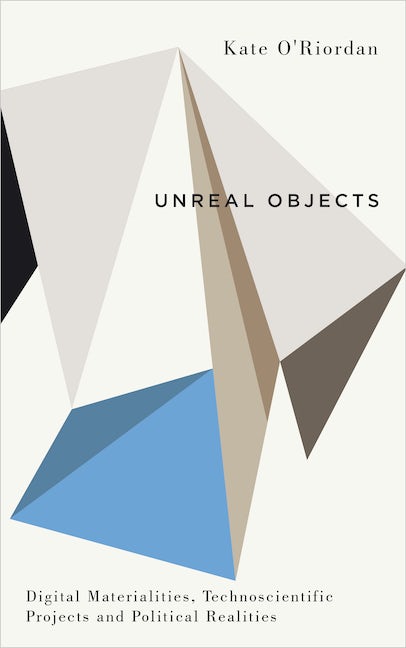 Unpacks the political economy of new science and technology projects, and the implications for a utopian future
Science and technology are playing increasingly important roles in our lives. New projects in development today will fundamentally shape the world around us, and manipulate our lived experience. But how and why are such important scientific and technological projects chosen, and what are the consequences of this process?

In this book, Kate O'Riordan answers these crucial question. She discovers that many objects, such as genomes and genomic projects, smart grids, de-extinction projects and biosensors cannot be granted scientific legitimacy and developed without extraordinary amounts of media, public relations, celebrity endorsements and private investment.

As a result of these filters, only certain projects take centre stage when it comes to funding and political attention. O'Riordan calls these 'unreal objects' - scientific projects and technologies where utopian visions for the future are combined with investment and materialisation in the here and now. This attention to these unreal objects hides many current social issues, especially injustices and inequalities. At the same time they conjure utopian visions for how life might be improved.

Kate O'Riordan is Reader in Digital Media at the University of Sussex. Her research interests relate to cultural studies of emerging technologies, from the web in the 1990s to genome editing in 2014. She has authored and edited a number of books including Unreal Objects (Pluto, 2017) and The Genome Incorporated: Constructing Biodigital Identity (Routledge, 2016).

'Disorientates us, showing us how the reality of things is contingent and contestable, never losing sight of what is at stake' - Sarah Kember, Professor of New Technologies of Communication, Goldsmiths University, Director of Goldsmiths Press
List of Figures
Acknowledgements
Series Preface
1. Introduction: Problems With Objects
2. The Shadow of Genomics
3. Biosensory Experiences, Data and the Interfaced Self
4. Smart Grids: Energy Futures, Carbon Capture and Geoengineering
5. Real Fantasies: De-Extinction and In Vitro Meat
6. Unreal Objects and Political Realities
Bibliography
Index
Published by Pluto Press in Jul 2017
Paperback ISBN: 9780745336749
eBook ISBN: 9781786800572