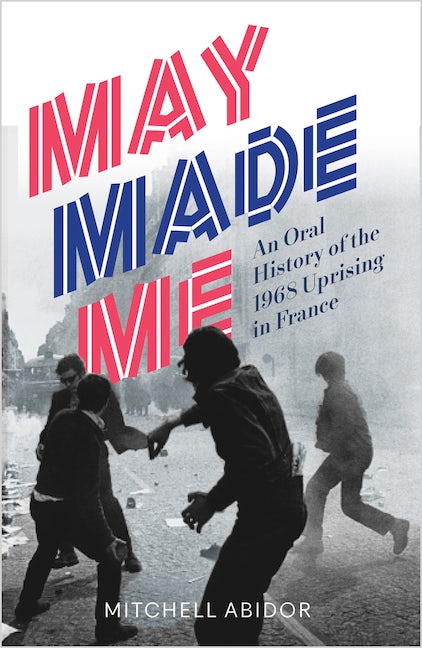 Oral testimonies from the creative, violent and ground-shaking events in France, May '68.
The mass protests that shook France in May 1968 were exciting, dangerous, creative and influential, changing European politics to this day. Students demonstrated, workers went on general strike, factories and universities were occupied. At the height of its fervour, it brought the entire national economy to a halt. The protests reached such a point that political leaders feared civil war or revolution.

Fifty years later, here are the eye-opening oral testimonies of those young rebels. By listening to the voices of students and workers, as opposed to those of their leaders, May '68 appears not just as a mass event, but rather as an event driven by millions of individuals, achieving a mosaic human portrait of France at the time.

'These powerful and moving testimonies create an eye-opening account of the inspiring events of May '68, which are more relevant for today's activists than ever before' - Paul Mason

May 1968: From the Picketlines to Present

In May of 1968 mass protests shook the world, Mitchell Abidor explores how those exciting, dangerous, creative and influential days influenced himself and those he spoke to.

END_OF_DOCUMENT_TOKEN_TO_BE_REPLACED
Back to Top
X