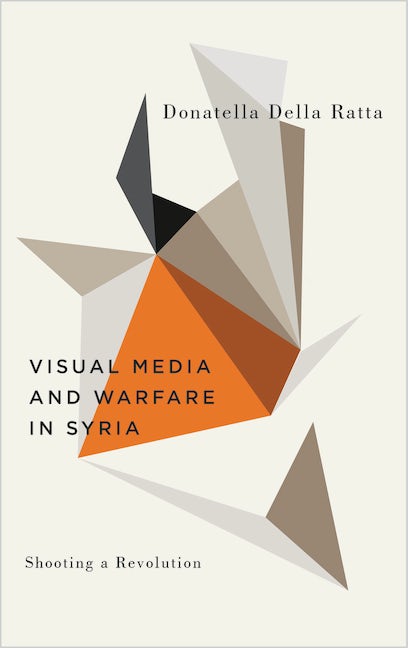 Visual Media and Warfare in Syria

What has been the impact of visual media on the Syrian conflict?
From ISIS propaganda videos to popular regime-backed TV series and digital activism, the Syrian conflict has been dramatically affected by the production of media, at the same time generating in its turn an impressive visual culture. Yet what are the aesthetic, political and material implications of the collusion between the production of this sheer amount of visual media being continuously shared and re-manipulated on the Internet, and the performance of the conflict on the ground?

This ethnography uses the Syrian case to reflect more broadly on how the networked age reshapes contemporary warfare and impacts on the enactment of violence through images and on images. In stark contrast to the techno-utopias celebrating digital democracy and participatory cultures, Donatella Della Ratta’s analysis exposes the dark side of online practices, where visual regimes of representation and media production dramatically intertwine with modes of destruction and the performance of violence.

Exploring the most socially-mediated conflict of contemporary times, the book offers a fascinating insight into the transformation of warfare and life in the age of the internet.

Donatella Della Ratta is a writer specialising in media and visual cultures in Syria. She is the author of author of Shooting a Revolution (Pluto, 2018) and co-editor of Arab Media Moguls (IB Tauris, 2015). She has curated international exhibitions on art and cinema in Syria.

'This gripping work maps the media transformations in Syria - from the high hopes during the 2011 protests to the depression and despair of a never-ending war... what hits us most is Della Ratta's deep insider knowledge to blend personal insights with urgent critical theory. Tactical media theory at its best' - Geert Lovink, founding director of the Institute of Network Culture, author of Networks Without a Cause 'In this innovative and original book, Donatella Della Ratta critically engages with the visualization of violence and the violence inherent to visuality, in the Syrian conflict. Essential reading for scholars of media, visual cultures, film, politics, political economy and sociology and those interested in understanding war in the digital age' - Dina Matar, Head, Centre for Global Media and Communication, SOAS 'An original reflection on the relationship between images and violence in Syria which reveals, the paradox of our hyperconnected societies well beyond Syria itself' - Internazionale 'An intellectual adventure that unfolds in a sequence shot between the Syrian war, the media social and not, the protagonists and the extras' - Alfabeta2
List of Illustrations
Series Preface
Acknowledgements
A Note on Transliteration
Glossary
Introduction
1. Making Media, Making the Nation: Syria's Tanwir in Neoliberal Times
2. The Whisper Strategy
3. The Death of Tanwir in Real-Time Drama
4. The People's 'Raised Hands'
5. Fear and Loathing on the Internet: The Paradoxes of Arab Networked Activism
6. Screen Fighters: Filming and Killing in Contemporary Syria
7. Syria's Image-Makers: Daesh Militants and Non-Violent Activists
8. Notes on a Theory of Violence and the Visual in the Networked Age
Notes
Bibliography
Index
Published by Pluto Press in Nov 2018
Paperback ISBN: 9780745337142
eBook ISBN: 9781786802101