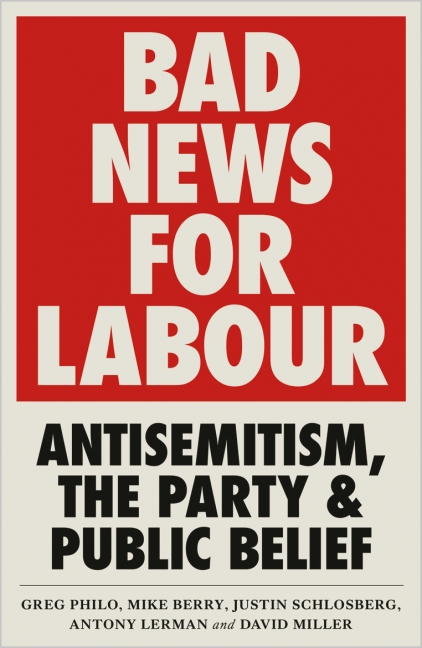 A groundbreaking study on the reality behind the headlines on antisemitism and the British Labour Party.
During the summer of 2018, numerous members of the Labour Party were accused of anti-Semitic behaviour by their detractors. The controversy reached fever pitch amid claims that the Labour Party had become 'institutionally racist' under the leadership of Jeremy Corbyn, and that the prospect of a Corbyn-led government posed an 'existential threat' to Jewish life in Britain. Shrouded in confusion, hyped by the media, whether these accusations were true or not got lost in the mix.

'At last! Here is a book that rigorously examines the facts behind the allegations of antisemitism in the Labour Party. The reality is more shocking, and more surprising, than the headlines in the press would have you believe. Here is the evidence - read it. Then learn the lessons suggested here' - Ken Loach 'The essays in this book provide evidence and arguments that are deeply troubling for all concerned, and demand careful attention.' - Peter Golding, Emeritus Professor, Northumbria University What the careful research reported in this book reveals is a successful disinformation campaign in which the BBC as well as the Guardian have been complicit. Anyone who cares for facts needs to read it. - Colin Leys, honorary professor at Goldsmiths University of London; author of 'Market-Driven Politics: Neoliberal Democracy and the Public Interest', and, with Stewart Player, 'The Plot Against the NHS' 'This compelling, thoughtful text is essential reading for everyone wanting to confront antisemitism on the Left. It provides a benchmark for future research and strategy when tackling this explosive issue of our time' - Lynne Segal, author of 'Radical Happiness: Moments of Collective Joy'

We respond to the false claims that this book is antisemitic

Academics who conducted a study of antisemitism in the Labour Party respond to Channel 4’s FactCheck criticisms of their work.

END_OF_DOCUMENT_TOKEN_TO_BE_REPLACED
Back to Top
X