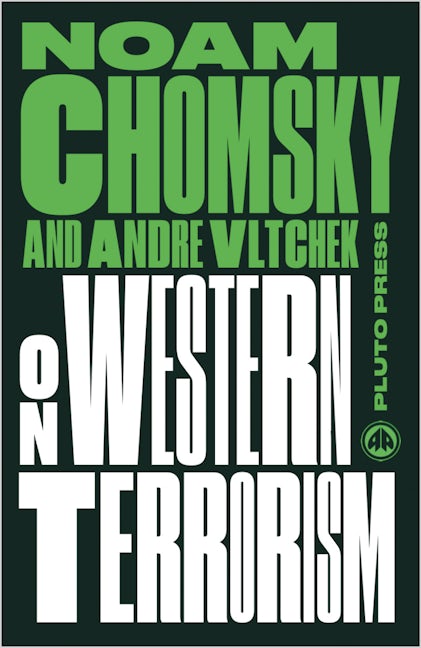 From Hiroshima to Drone Warfare

by Noam Chomsky and Andre Vltchek

An extended interview with Noam Chomsky which encompasses all the main strands of his thought, from his formative years to the present day
Noam Chomsky discusses Western power and propaganda with filmmaker and investigative journalist Andre Vltchek.

This book is the perfect introduction to Chomsky's political thinking, and makes a refreshing read for anyone who is uneasy about the West's wider role in the world.

Beginning with the New York newsstand where Chomsky started his political education as a teenager, the discussion broadens out to encompass colonialism and imperial control, propaganda and the media, the 'Arab Spring' and drone warfare. The authors offer a powerful critique of the legacy of colonialism, touching upon many countries including Syria, Nicaragua, Cuba, China, Chile and Turkey.

Andre Vltchek was a novelist, filmmaker, investigative journalist and playwright. He is the author of a number of books including On Western Terrorism (Pluto, 2017), Indonesia (Pluto, 2012) and Exile (Haymarket, 2006).

'Noam Chomsky is arguably the most important intellectual alive today' - New York Times 'Chomsky's maturity has endowed him wisdom that acts as a complement to his astonishing command over the specifics of the whole spectrum of political concerns' - Richard Falk, Foreign Policy Journal 'It is absolutely essential reading for anyone wishing to understand the current context of contemporary geo-politics by revealing the often-hidden histories that have given rise to it, as well as highlighting the pressing issues facing the world which are usually ignored going forward' - Joe Turnbull, inkyneedles.com 'It makes for enlightening, provocative and revealing reading and it's a welcome antidote to the plethora of books and films on the 'horrors' of communism' - John Green, Morning Star 'Chomsky is undoubtedly one of the greatest radical thinkers and one should give him credit for the humility and curiosity he demonstrates throughout the book.' - Marx and Philosophy Review of Books
Preface to the Second Edition
Introduction
1. The Murderous Legacy of Colonialism
2. Concealing the Crimes of the West
3. Propaganda and the Media
4. The Soviet Bloc
5. India and China
6. Latin America
7. The Middle East and the Arab Spring
8. Hope in the Most Devastated Places on Earth
9. The Decline of U.S. Power
Timeline
Index
Published by Pluto Press in Feb 2017
Paperback ISBN: 9780745399317
eBook ISBN: 9781786800732

END_OF_DOCUMENT_TOKEN_TO_BE_REPLACED
Back to Top
X