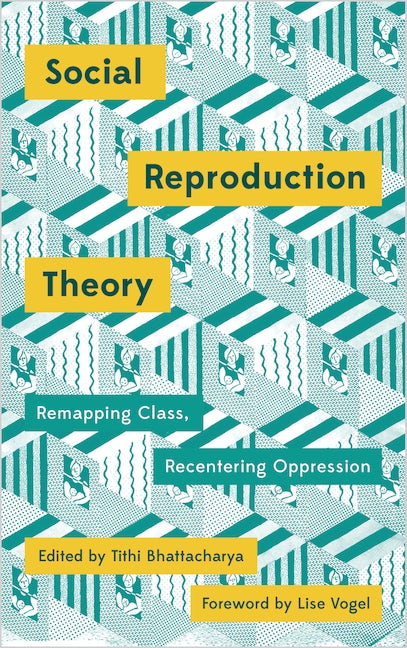 How do childcare, healthcare, education, family life and the roles of gender, race and sexuality affect our lives under capitalism?

This groundbreaking collection explores the profound power of Social Reproduction Theory to deepen our understanding of everyday life under capitalism. While many Marxists tend to focus on the productive economy, this book focuses on issues such as child care, health care, education, family life and the roles of gender, race and sexuality, all of which are central to understanding the relationship between economic exploitation and social oppression.

In this book, leading writers such as Lise Vogel, Nancy Fraser, David McNally and Susan Ferguson reveal the ways in which daily and generational reproductive labour, found in households, schools, hospitals and prisons, also sustains the drive for accumulation.

Presenting a more sophisticated alternative to intersectionality, these essays provide ideas which have important strategic implications for anti-capitalists, anti-racists and feminists attempting to find a path through the seemingly ever more complex world we live in.

Tithi Bhattacharya is a Marxist historian and activist, writing extensively on gender and the politics of Islamophobia. She has been active in movements for social justice throughout her life, spearheading campaigns across three continents. She is the Professor of South Asian History at Purdue University and the author of The Sentinels of Culture (OUP, 2005). She is on the editorial board of Spectre. She is the editor of Social Reproduction Theory (Pluto, 2017).

'The varied and suggestive essays in this rich collection are of great value, not only to newcomers to the field, but also to those already grounded in this rich arena for inquiry and organising' - Hester Eisenstein, author of Feminism Seduced: How Global Elites Use Women's Labour and Ideas to Exploit the World (2009)

'A must read for those who want to go beyond the binaries and the 'social' conceived as an aggregation of intersecting systems or overlapping spheres. It is an ambitious project aiming for epistemologies of resistance' - Himani Bannerji, author of The Dark Side of the Nation: Essays on Multiculturalism, Nationalism, and Gender (2000)

'Every socialist needs to read it now' - Socialist Action

'Fascinating ... it redraws the lines around class and gender' - Green Left Weekly

Frantz Fanon for Our Times: Reflections on Fanon’s Biography

Tithi Bhattacharya reviews Peter Hudis’ biography of Frantz Fanon, examining his relationship with the Soviet Union, his war against colonial powers and his faith in the working class.

END_OF_DOCUMENT_TOKEN_TO_BE_REPLACED

VIDEO: What is Social Reproduction Theory?

Tithi Bhattacharya, editor of Social Reproduction Theory, discusses what makes ‘SRT’ distinctive from other feminist theory, and answers the question of ‘who produces the worker under capitalism?’

Colin Barker shows how Social Reproduction Theory can ‘stretch’ the language of Marxism by going beyond Marx’s Capital.

Intersectional feminist and theorist of social reproduction theory, Susan Ferguson, outlines the uses of SRT, exploring how race and gender oppression are produced by capitalism.

In our latest podcast, Chris Browne and Emily Orford are joined by Camille Barbagallo and Tithi Bhattacharya to discuss the Women’s Strike taking place internationally on 8th March.

END_OF_DOCUMENT_TOKEN_TO_BE_REPLACED
Back to Top
X