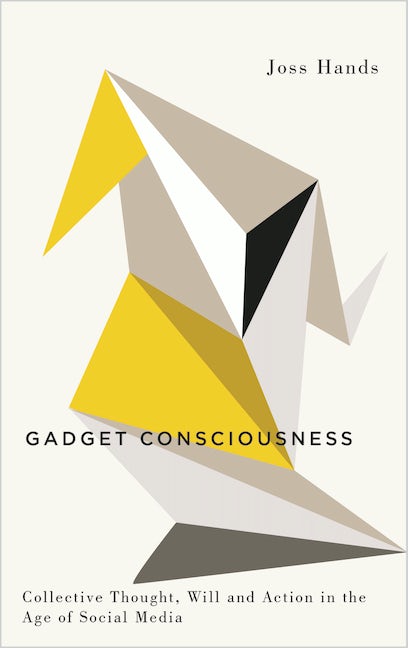 Collective Thought, Will and Action in the Age of Social Media

Investigates how electronic devices we use affect our consciousness, both as individuals and classes.

What impact does our relentless fixation on gadgets have on the struggle for new kinds of solidarity, political articulation and intelligence? In this groundbreaking study, Joss Hands explores the new political and social forces that are emerging in the age of social media.

Gadget Consciousness examines the transformation of our consciousness as a historical political force in two senses: as individual consciousness - in terms of sentience and will - and also as class consciousness. Exploring a range of manifestations in the digital commons, he investigates what forms digital solidarity can take, and asks whether we can learn from the communisms of the past and how might solidarity be manifested in the future?

Today, the ubiquity of networked gadgets offers exciting new opportunities for social and political change, but also significant dangers of alienation and stupefaction.

'Our obsession with gadgets is a key token of how deeply computer-based connection is now embedded in everyday life and consciousness. Joss Hands offers a highly thoughtful and theoretically astute reading of the possibilities for human reflexivity and agency that still remain' - Nick Couldry, Professor of Media, Communications and Social Theory, London School of Economics

'A Swiss army knife of a book, unfolding tools to convert digital devices from exploitation and isolation to meaning and connection. Joss Hands gives us a handheld manifesto for gadget communism' - Sean Cubitt, Goldsmiths University of London

'Takes the seemingly apolitical and trivial concept of 'the gadget' and transforms it into a fascinating path to explore not only the most recent phase of capitalist techno-fetishism, but also, with exemplary radical experimentalism, the blasphemous idea of 'gadget communism'' - Nick Dyer-Witheford, University of Western Ontario