by Phil Miller
BUY THE BOOK

This Thursday will see the launch of my documentary Keenie Meenie – Britain’s Private Army.

It investigates the shadowy mercenary group Keenie Meenie Services (KMS), which secretly helped Sri Lanka’s military to suppress the Tamil independence struggle during the 1980s.The film accompanies my book, Keenie Meenie: The British Mercenaries Who Got Away with War Crimes (Pluto, 2020). Since then, there have been a series of developments I wanted to tell you about.

In February a senior KMS mercenary, Brian Baty, passed away. His military career was praised in a Telegraph obituary, which made no mention of his work as a mercenary boss in Sri Lanka. I wrote a slightly more critical obituary – here. Then a month later, with Baty out of the picture, the Metropolitan Police war crimes team launched an investigation into the allegations in my book – namely that Keenie Meenie members were embroiled in war crimes in Sri Lanka. Given that much of my book was based on evidence I found in Foreign Office files that were written 35 years ago and stored in a government archive in Milton Keynes, it’s strange that this information was not brought to the police’s attention much sooner.

Nonetheless, an investigation is now finally underway, amid mounting pressure. The Tamil Information Centre in London has filed a complaint with the UN Working Group on Mercenaries, whose independent experts scrutinise private armies. This UN group then sent detailed allegation letters to Britain’s Foreign Office, KMS co-founder David Walker and the Sri Lankan authorities. In response, Walker’s current company, Saladin Security, admitted to sharing an office building with KMS in the 1980s and acknowledged that Walker had worked for both companies simultaneously. Saladin’s response was unsigned, so it’s unclear who sent it. Walker sent a confidential letter to the UN, which he won’t allow them to publish.

For its part, the Foreign Office has tried to distance itself from Walker and KMS. British diplomats have portrayed the police probe as a positive step and claimed to be committed to transparency. Behind the scenes however, Whitehall is determined to stop the release of further files about Keenie Meenie. Many of the Foreign Office files featured in my book and film contain redactions which I am having to challenge at the Information Tribunal. The Foreign Office’s duplicity over KMS will not surprise those of you who have read my book. While the UK condemns mercenaries in public, its actual policy on private armies is much more permissive.

After my book came out, I went back to the National Archives and found newly declassified files shedding light on how Thatcher’s administration had lobbied to “kill” a proposed UN ban on mercenaries in 1989. It was part of a longer-term strategy by Whitehall to undermine any international laws against mercenaries, while promoting instead a system of industry self-regulation that would allow modern mercenaries companies to operate with a degree of respectability as private military companies (PMCs).

Decades later, we can see the outcome. Britain has one of the largest private security industries in the world, and no one has been convicted in the UK of mercenary offences in the last 150 years.

To find out more about Britain’s private armies, please register for free to watch the Keenie Meenie film premiere on Thursday at 7pm. See you then!

Phil Miller is an investigative journalist and producer. His reporting on British special forces has triggered two government probes. He has worked for Corporate Watch and Reprieve, and written freelance pieces for many publications including Private Eye, VICE, Guardian and The Times. He is currently a staff reporter for Declassified UK, an investigations unit focusing on British foreign policy. 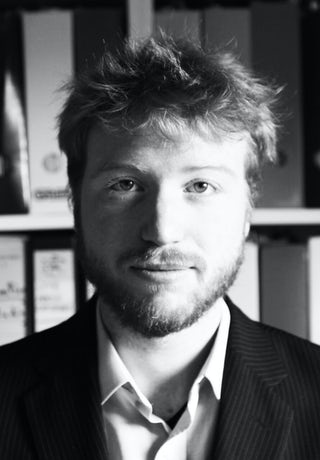