The Importance of Mutual Aid:
from the Black Panthers to Marcus Rashford

For many, the Covid-19 crisis has been a defining moment in their lives. It has shaped social relationships and radicalised them; it has changed the very foundations of society; how we organise, work, access health care, education and for many, has proven that capitalism will deepen already entrenched inequalities in society. As the white supremacist capitalist class profited obscenely during the pandemic, the hardest hit in our world have seen their material conditions deteriorate to a point of utter despair. Capital will always protect its own interests, and there has been a concerted effort by some of the wealthiest nations in the world to maintain their stranglehold over governments and society. In the UK, billions of public funds have been criminally squandered and placed firmly in the hands of businesses and friends who have close ties with the Conservative government. In the US, big pharmaceutical companies have reaped the rewards of intellectual property laws that have prevented ‘developing’ nations from accessing the vaccine.

To combat this, mutual aid programs have expressed the discontent of the disenfranchised; they have become the radical expression of solidarity, embodying resistance against state violence and fighting neglect and the cannibalising nature of capitalism. As defined in his book Mutual Aid: Building Solidarity During This Crisis (and the next) Dean Spade posits that ‘mutual aid is collective coordination to meet each other’s needs, usually from an awareness that the systems we have in place are not going to meet them’. Mutual aid becomes a vector for radical organisation to occur, it is rooted in addressing the material needs of communities as well as highlighting the failures of the state. Within a Covid-19 context, communities have banded together in response to the deepening of inequality that has been compounded during the pandemic

Mutual aid programs have a long history of resisting state violence as well as providing immediate relief to vulnerable members of society. Whilst not a new phenomenon, Spade traces the expression of mutual aid as being a part of human history, as a means of survival in opposition to the violence wrought by capitalism and colonialism as structures that have ‘disrupted how people have historically connected with each other and shared everything we needed to survive’. The articulation of such radical acts has been long associated with the Black Panther Party (BPP). Faced with immense domestic scrutiny, violence and neglect, the BPP sought to improve the material conditions of poor black people alongside other racialised and white working class communities. The BPP’s breakfast programs coupled with health programs conceptualised the idea that the material conditions of working class people could be met, and as such, these programs became an affront to the logics of American capitalism. 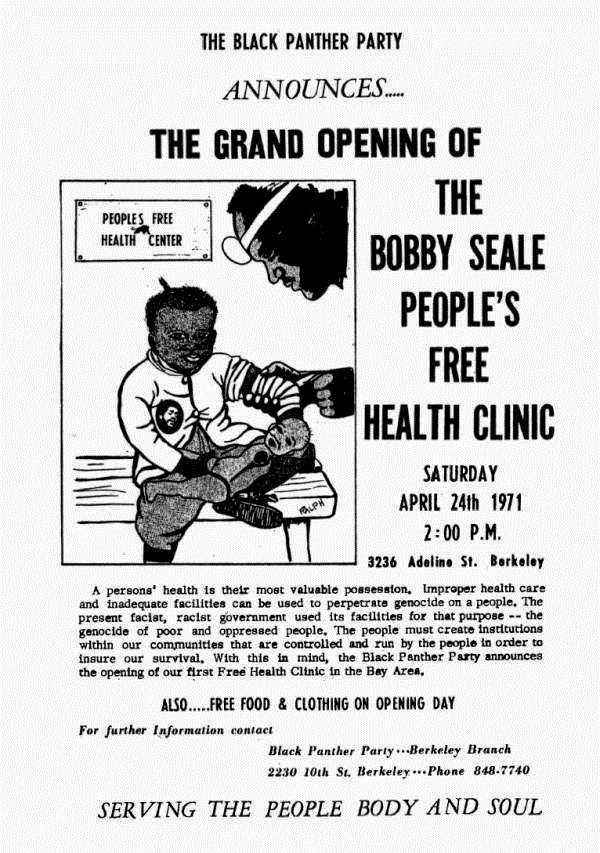 While the breakfast program was an important tool of the BPP, it was not the centerpiece of the party. The breakfast club acted as a tool underpinning the party ideology. It demonstrated that access to food, shelter and medical treatment was a right and acted as a vector for the promotion of their ideology. This further solidified the idea for participants that the club  should not be interpreted as a luxury, but to demonstrate that food and healthcare should be free. Much of the US’s disruption and violence towards the BPP was centred on this articulation of free medical care and food, which resulted in attacks on their programs. The state was fearful of an organised community – not their access to weapons. FBI director J. Edgar Hoover understood this vehemently, and as a result, called for the destruction of such initiatives. The sheer presence of the BPP underscored the violent nature of capitalism.

The BPP demonstrated the importance of grassroots organisation and the ability to bring people together as well as providing tangible change to communities’ material conditions. Similarly, the Covid-19 crisis has shown us the importance of building stronger social relationships, as well as combating state violence. The BPP medical programs also addressed the disparity in medical treatment that was accessible to black people. As Alondra Nelson discusses in Body and Soul: The Black Panther Party and the fight against medical discrimination, one of the functions of the clinic was to critique the medical landscape of America and to ‘reeducate’ health professionals who partnered with the BPP. It was a way for the BPP to articulate their ideology by exposing the unsuspecting to the ideas of Frantz Fanon and Mao Zedong.

During the pandemic, mutual aid projects within the UK have taken root and have been championed by high profile individuals, such as footballer Marcus Rashford. Recognising the Conservative government’s contempt for children on free-school-meals, Rashford pushed against Tory austerity politics, resulting in the reorientation of the government to provide free-school-meals to children during the holiday period. Channeling the rich legacy of mutual aid, Rashford sought to place pressure on MPs and by doing so, was widely supported by the public. He revealed the limitations of electoral politics as well as the neoliberal orthodoxy that our government subscribes to. Those engaging in mutual aid understand that its praxis is rooted in combating violence. Within the context of a global pandemic, now more than ever, it is imperative that we are clear on how mutual aid can transform and call for a more radical organisation of our society.

Importantly, we must also be wary of mutual aid projects being co-opted and reframed as charity. Spade, argues that ‘contemporary charity comes with eligibility requirements such as sobriety, piety, curfews, participation in job training, parenting courses, cooperation with the police, a lawful immigration status, or identifying the paternity of children’. In other words, the carceral arm of the state entering and dictating the parameters of care. Mutual aid is the antithesis to this, as its origins are rooted in a rejection of capitalism, as capitalism is ‘constantly failing, subsequently producing desperation, destruction, alienation’.

Capitalism is a virus and to combat this, we must reject individualism and embrace a radical reorientation of society that places care at its center. Whilst it has been an important practice during the pandemic, we must remember that through mutual aid projects, a road map for developing a better society can be created. It enables us to expand our imagination to think beyond the exploitative and individual nature of capitalism. We must draw from past examples demonstrated by the BPP as the taking of space is an integral part of the rejection of oppression, for space offers visibility as well as a place to organise and mobilise.

Ashley Roach-McFarlane is a freelance writer who has written for the Verso Blog and Bad Form Review, where he discusses issues around politics, race, class and capitalism. He co-organises the Revolutionary Readers Club, a mutual aid study group dedicated to the revolutionary teachings and writings of Black radicals.