by Jane Hardy
BUY THE BOOK

Jane Hardy reports that, despite media narratives to the contrary, British workers are finding ways to fight for their rights under the dual tyranny of the capitalist class and Covid-19. Her new book, Nothing to Lose But Our Chains: Work and Resistance in Twenty-First-Century Britain is out now.

The Covid-19 pandemic has wreaked havoc with the lives of working-class people. They have risked their lives on the front line of vital services – across the National Health Service, in supermarkets and on transport. Workers in hospitality, retail and leisure – the three largest low paid sectors accounted for half of furloughed workers. Young people have been hit the worse because they are concentrated in these sectors. Black people and those from Asian backgrounds were much more likely to die from Covid because they are disproportionately affected by deprivation, overcrowded housing and prior poor health.  Women have been at the sharp end of the pandemic as the hard-fought for gains that they have made in the workplace are threatened as they have taken on the burden on childcare and have lost their jobs at a faster rate than their male counterparts.

But employers have not let a good crisis go to waste, and despite benefiting from generous handouts from the government have gone on an offensive with their use of pernicious ‘fire and rehire’ schemes.  This has involved iconic firms such as British Airways and British Gas trying to sack workers and re-employ them on worse terms and conditions. But none of this is inevitable. Whether employers can push through these attacks on ordinary people rests on the ability of the working class to resist. In the first few months of the pandemic, as most trade union leaders were caught like rabbits in the headlights or got sucked into the national rhetoric of ‘all being in it together’, it was left to rank and file workers to fight for health and safety.

Before lockdown, activists in workplaces insisted that vulnerable workers worked from home. There were walkouts and refusals to work in a spate of actions over health and safety by postal workers from Aberdeen to Cornwall. Despite the difficulties of organising under a lockdown, workers have not been quiescent. After the union Unite’s members launched a series of strikes at the Rolls Royce factory in Barnoldswick, Lancashire in January 2021, management backed down from the 350 threatened compulsory redundancies and gave an assurance that production on the site was safe. Taking a snapshot of these fightbacks in August 2021, workers at the University of Liverpool were setting the dates for ten more days of strikes. Three different unions representing varied workplaces – Unite, the GMB and the RMT – were planning strikes against the multinational outsourcer Serco. Civil servants in the Driver and Vehicle Licencing Agency (DVLA) in Wales were engaged in a long struggle to protect their health and safety. Even the relatively new and small trade union, the Independent Workers of Great Britain were balloting members who were cycling instructors for a North London council in their struggle for higher pay and an end to arbitrary cuts in hours.

Never has the combativity of the working class been more important as bosses and the government try to foist the crisis on them in terms of their health and livelihoods. My book Nothing To Lose But Our Chains is an antidote to the pessimism about the ability of the working class to organise that prevails in some quarters in yet another twist of the ‘end of the working class’ thesis. I challenge grand narratives about capitalism in general, and British capitalism in particular, that argues that changes in work have undermined working class collectivity. Whether a worker is a cleaner, a warehouse operative, a games developer or a university lecturer, exploitation lies at the heart of the capital–labour relationship and always contains the potential for explosions of anger and organisation. But the anger and grievances of workers do not automatically translate into joining trade unions or taking industrial action. To understand why some industrial disputes take off and others do not, and why some action results in victory and others in defeat, I look at microcosms of struggle in the form of individual disputes and open the ‘black box’ of trade unions to tease out the dynamics between the leadership, paid officials, and rank-and-file activists.

Gone is the prevailing image in the two decades following the Second World War of workers and trade unionists as white, male, manual workers. The changing landscape of the working class puts women and migrant workers centre stage. I look at the inspirational struggles of women care workers in Birmingham against draconian cuts to their income and women council workers in Glasgow who demanded and won equal pay.  British capitalism has always relied on migrant workers to fill labour shortages. Yet despite the concentration of migrant workers in low-paid and precarious work they have been in the forefront of important struggles. For example, London cleaners pitted themselves against powerful public sector institutions (universities and government departments) and multinational sub-contracting firms to win significant victories in their wages and working conditions.

Neoliberalism has proletarianised workers in higher education and brought them into confrontation with the government and their employers. In universities lecturers, admin staff and researchers took 36 days of strikes between 2018 and 2020 against draconian changes to their pensions. In 2020, the Covid-19 epidemic brought teachers into collision with the government who were forced to retreat twice on their attempt to fully open schools. A feature of the landscape of work in the new millennium is that there are now no ‘No-Go’ areas for trade unions.  I discuss how groups of particularly young workers, in hospitality and working as couriers, thought to be beyond the reach of trade unions, have organised successfully against precarious work.

This book is a celebration of successful struggles, despite a dismal period for trade unions, where the tenacity and resilience some groups of workers have displayed is humbling. In the immediate period, as I write, there are urgent questions as to how workers can collectivise through trade unions to defend their jobs, deliver high-quality goods and services and protect the health and security of their members. Even under conditions of a lockdown, workers have had victories– battles that have gone under the radar of the media. This book is a celebration of their achievements and a reassertion of the unique ability of the working class to transform society.

Jane Hardy was Professor of Political Economy at the University of Hertfordshire. She is now an independent writer and researcher. Her new book, Nothing to Lose But Our Chains: Work and Resistance in Twenty-First-Century Britain is out now. She has published widely on the restructuring of the Polish economy, including her book Poland’s New Capitalism. She is a member of the Editorial Board of International Socialism. 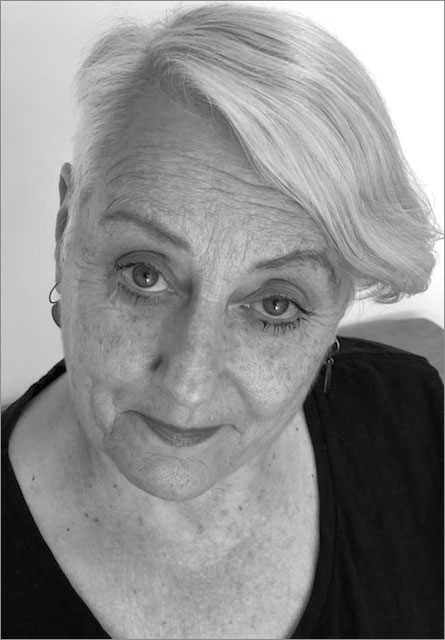 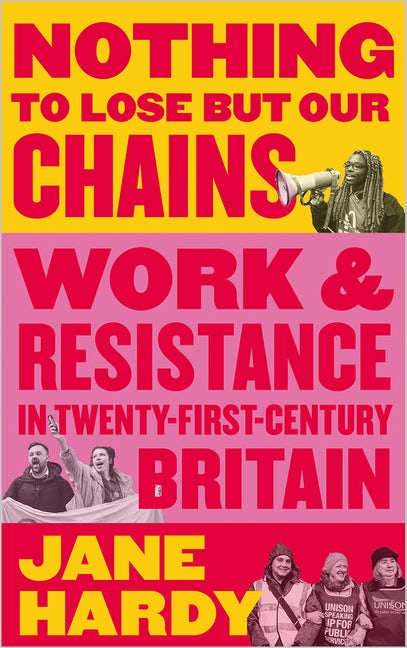