What is the Labour Party for?

The Labour Party has been through many iterations in its lifetime, uncomfortably straddling ideological opposites, as a bastion for working class organisation and struggle and a sanctuary for the metropolitan liberal.

In this blog, Labour’s Shadow Chancellor John McDonnell considers the uses of this ever-changing, multiplicitous party, asking what is the Labour Party for?

What is the Labour Party for? This has been the question at the centre of the party’s history since the first trade unionists and progressives came together to discuss whether an independent political party to represent working people should exist at all. The question has focused on whether the Labour Party is a party of social reform aiming simply to ameliorate our existing capitalist society, or a reformist party that seeks to replace capitalism by incremental social reform, or a transformative, some would say revolutionary party, aiming at the radical replacement of the existing economic and social system.

Both those who wish to bring about change in our society and those who want to resist change have sought to understand and influence the role of the party. The various depictions of the party have both informed the decisions of people looking for a vehicle to fulfil their ambition for change and determined the reactions of those desperate to preserve the power and privileges they have secured through the existing system. 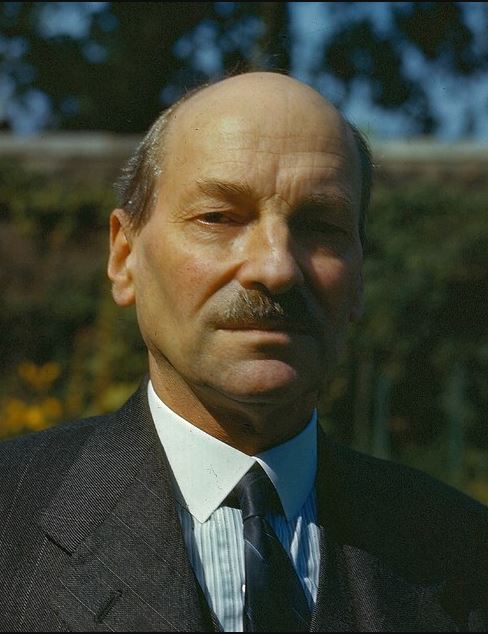 be at different moments in history a party of varying roles:  in changing times promoting social reform or confidently advocating and launching a reformist programme and, when the political climate permits, promising realistic transformative change. Without being overly deterministic, the party’s role has naturally reflected the political environment in which it has operated, which in turn has influnced the internal balance of political forces within the party.

Nevertheless, contingency has played its part as well. By that I mean, for example, that sometimes it’s down to having the right people in the right place at the right time.  After Labour was near fatally wounded by the defection of its charismatic leader Ramsay McDonald in the early 1930s, nobody could have predicted that the party would be in power in the following decade with a massive parliamentary majority under the quiet, almost bureaucratic leadership of Clement Attlee.

Clearly the brutal hardships imposed upon working people as a result of the economic crash in 1929 and the subsequent Great Depression, followed by the sacrifices endured in the Second World War, embedded in society an underlying, often unnoticed, but determined demand for change.

The lessons learnt from the results of the bombastic ‘great man, great leader’ dependency syndrome that brought about Hitler and Mussolini also produced an appreciation of the need for a different type of leader. The result was an increasing acknowledgment that another kind of leadership could be just as effective as the great orator style. This was the quieter, everyday, getting-on-with-the-job style that Attlee portrayed.

Although possibly not fully recognised at the time, Attlee was the right person in the right place at the right time. So historical contingency played its part.  Nevertheless, the conditions of the 1930s and the wartime years had also delivered up a Labour Party leadership and party membership that had been hewn out of the harsh and precarious political and economic conditions they had had to face for years in order to survive.

The Labour Party at that time set itself up firmly as a party of radical transformation.  Many members of the post-war government advocated a programme that went beyond ameliorative reform, and in their articles, books and speeches they set out a vision of systemic change. If that government had survived longer and had been replenished by a new generation in power it may well have had the opportunity to demonstrate how radical transformation could be achieved.

The economic conditions largely determined that a serious opportunity for radical transformation would not fall to a Labour government again until 1997. By then, however, the character of the Labour leadership had changed significantly. Gone were most of those whose desire for transformative change had come from their experience of the harshness of our economic system. The experience of years of relative economic boom had largely eradicated from memory the inherent crisis-ridden nature of capitalism. ‘No more boom and bust’ became the mantra of economic policy analysis. Labour in government became avowedly and firmly a party of social reform – neither reformist nor transformative.

The crash of 2007–8 soon put paid to that. The whole organisation of our economy and society was thrown into question once again. At the bottom of a recession people are generally too busy trying to survive to challenge the system. It is usually when the solutions advocated by political leaders are demonstrably not working for them, and especially when they are told that everything is improving, that they take to demanding something different.

The history of Labour holds open the possibility that the party could move beyond social reform and become a genuinely transformative party once again. A party leadership under Jeremy Corbyn, and a mass membership shaped by the experience of the economic crash, the years of grinding austerity, and its resultant inequality and injustices, are taking their place in the history of the party.

John McDonnell is a British Labour Party politician and Shadow Chancellor of the Exchequer. In addition to serving as Member of Parliament for Hayes and Harlington, he was the chair of the Public Services Not Private Profit Group and currently works as the Parliamentary Convenor of the Trade Union Co-ordinating Group of eight left-wing trade unions representing over half a million workers.

A Party with Socialists in It: A History of the Labour Left by Simon Hannah is available from Pluto Press.