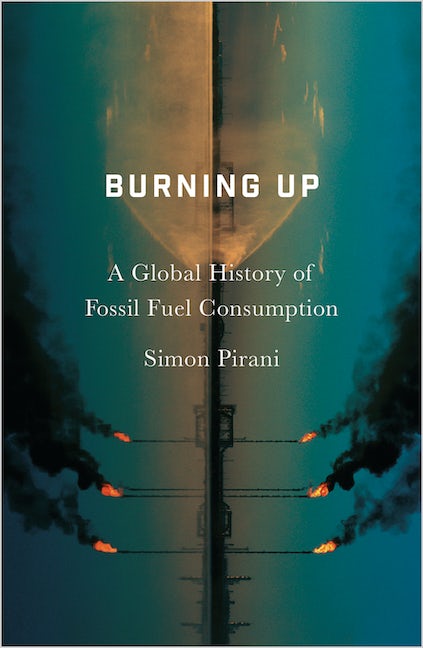 A history of the excesses of capitalism's rampant fossil fuel consumption since 1950.
Coal, gas and oil have been capitalism's main fuels since the industrial revolution. And yet, of all the fossil fuels ever consumed, more than half were burned in the last 50 years. Most alarming of all, fossil fuel consumption has grown fastest in the last three decades, since scientists confirmed that it is the main cause of potentially devastating global warming.

In Burning Up, Simon Pirani recounts the history of fossil fuels' relentless rise since the mid twentieth century. Dispelling explanations foregrounding Western consumerism, and arguments that population growth is the main problem, Pirani shows how fossil fuels are consumed through technological, social and economic systems, and that these systems must change.

This is a major contribution to understanding the greatest crisis of our time.

Simon Pirani is Senior Visiting Research Fellow at the Oxford Institute for Energy Studies, and has written widely on Soviet history and energy issues. His books include Burning Up: A Global History of Fossil Fuel Consumption (Pluto, 2018), The Russian Revolution in Retreat (Routledge, 2008) and Change in Putin’s Russia (Pluto, 2009).

'An extraordinarily ambitious, but arguably necessary task for our times'

- Paul Warde, Faculty of History, University of Cambridge 'Insightful, precise and well-written, Burning Up turns energy consumption on its head. Pirani fills a crucial gap left by a mountain of shiny but vacuous reports and not enough solid history ... Anybody fighting climate change should read this' - Mika Minio-Paluello, campaigner at Platform London and co-author of The Oil Road: journeys from the Caspian Sea to the City of London (Verso, 2013) 'This meticulous depiction of how fossil fuels are woven into our human systems - not only technological but also economic, social and political - is an invaluable aid to getting them back under control' - Walt Patterson, author of Electricity vs Fire (2015) 'Explains the technological, social and economic processes that have prioritised a particular way of satisfying society's demand for energy services' - Michael Bradshaw, Professor of Global Energy, Warwick Business School, UK, author of Global Energy Dilemmas (2013) 'Burning Up is a vital contribution to the climate movement. A first step to organizing around its insights will be to ensure it is widely read in the movement, and by those whose lives will be affected by climate change' - Climate and Capitalism 'Recommended' - CHOICE

'This comprehensive book provides a modern history of global fossil fuel consumption. Authoritative and well researched, it provides a solid bedrock to understand the ins and outs of fuels'

The Truth about the Fight Against Fossil Fuels

Of all the fossil fuels ever consumed, more than half were burned in the last 50 years. Simon Pirani examines the technological, social and economic systems we need to tackle in order to solve global warming.

END_OF_DOCUMENT_TOKEN_TO_BE_REPLACED

A video of Simon Pirani’s 2018 seminar on fossil fuel consumption at the Tyndall Centre in Manchester.

Public concern about the climate crisis is at a record high. In the era of Greta Thunberg, Extinction Rebellion and the Green New Deal, we talk about the importance of putting ‘climate justice’ at the heart of the environmental movement.

END_OF_DOCUMENT_TOKEN_TO_BE_REPLACED
Back to Top
X